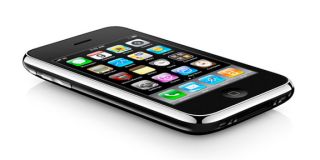 Some theaters are now accommodating obsessive smartphone use with special "Tweet Seats."

The days of having a theater performance or concert interrupted by another patron's obsessive smartphone use could be ending: A growing number of theaters are now setting aside special sections of "Tweet Seats" for people who just can't get enough social media.

The renowned Guthrie Theater in Minneapolis, Minn., has roped off a special section of the balcony section for their performances of the classic 1743 comedy, The Servant of Two Masters, according to the Daily Mail. In that section's Tweet Seats, patrons are free to use Twitter, Facebook or other media to post their opinions of the play.

Perhaps fittingly, the fast-paced commedia dell'arte features a foolish servant with an insatiable appetite, Truffaldino, who tries so desperately to multitask while serving two masters that he develops a stutter, among other travails.

"If there were ever a Guthrie show to host Tweet Seats, it's The Servant of Two Masters," said Guthrie public relations director Trish Santini, as quoted in the Daily Mail.

The Guthrie joins other performance venues and companies, including The Cincinnati Symphony Orchestra, the Palm Beach Opera in Florida and New York's venerable Public Theater, in adopting their "if you can't beat 'em, join 'em" approach to smartphone use during concerts and plays, the Daily Mail reports.

Some scientists have reported obsessive use of the Internet and social media may be linked to genetic abnormalities. Researchers at the University of Bonn in Germany found that so-called "Internet addicts" often had a mutation on the CHRNA4 gene, which is also associated with nicotine addiction.