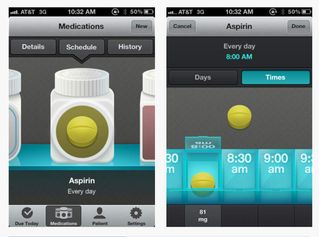 The FDA wants to regulate some smartphone apps that can help make serious health decisions, but not apps that deal with general health or wellness.
(Image: © Pillboxie | Jared Sinclair)

Smartphone apps have become clever enough to interpret blood tests in the ER, help read X-rays or CT scans, and even decide whether a skin lesion needs to be examined for skin cancer. But the life-or-death scenarios have the U.S. Food and Drug Administration worried enough so that its government regulators want to regulate such apps.

The FDA does not want to regulate all health or fitness apps that people use on their smartphones or similar mobile devices — many apps simply help manage fitness routines or chronic medical conditions. Instead, the FDA plans to take a closer look at the apps which give people advice on decisions with huge health consequences, according to NPR.

That sounds reasonable in theory if apps have risen to the level of serious medical tools. But some app makers still worry about where the FDA will end up drawing the line on its authority over the mobile software.