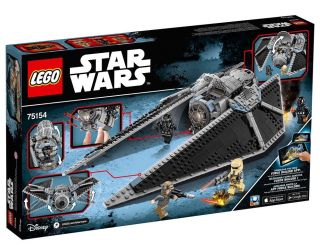 Force Friday II is upon us and there's never been a better time to stock up on "Star Wars" toys and collectibles.

For the uninitiated, Force Friday is an annual, weekend-long celebration of all things "Star Wars." Think of it as the warm-up for the forthcoming release of the film "The Last Jedi," which hits theaters in December.

To celebrate the occasion, a storm of new "Star Wars" toys will hit retailers today and many older and current sets will also go on sale. Never one to miss a sale, Amazon is slashing the prices of various "Star Wars" Lego console games, board games, and Lego sets.

For gamers, there's "Lego Star Wars: The Force Awakens" for Xbox One or PS4 for $19.80. That's $9 cheaper than used versions of this game.

Lego fans may like the Lego Star Wars TIE Striker Walker for $48.49. It features adjustable wings, a minifigure cockpit, and four Lego minifigures. It's $21 under Lego's direct price.

You can also give your room a "Star Wars" vibe with the Holinox Star Wars Millenium Falcon Lamp for $34.55. The lamp has seven different color modes and can be powered via USB or a traditional wall outlet. It's $16 off its list price.