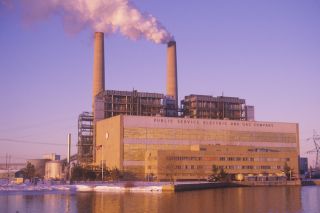 President Donald Trump is expected to sign an executive order on Tuesday (March 28) that will dismantle the Clean Power Plan, according to news sources.

The plan, which President Barack Obama's administration put into effect in 2015, was designed to cut power plant emissions of carbon dioxide (CO2), a greenhouse gas that is warming the planet. The Clean Power Plan requires that, by 2030, the power sector's CO2 emissions be brought down to 32 percent below their 2005 levels, according to the Environmental Protection Agency (EPA).

EPA Administrator Scott Pruitt, who previously challenged the legality of the plan when he was Oklahoma's attorney general, recently said on ABC's "This Week with George Stephanopoulos" that the rollback would be both "pro-growth and pro-environment." But what are the scientific consequences of discarding the plan? [The Year in Climate Change: 2016's Most Depressing Stories]

For starters, without the mandate to lower CO2 emissions, America's electrical power industry could continue to emit high levels of CO2, said Ken Kimmell, the president of the Union of Concerned Scientists, a science advocacy group. The industry's current CO2 emissions equate to 30 percent of the annual such emissions for the country, and higher levels of CO2 in the atmosphere are linked to climate change, he said.

EPA officials had said they expected the plan to help the country meet its goals as outlined in the Paris Agreement, a 2015 deal in which 195 countries pledged to reduce CO2 emissions. But Pruitt said the plan was not tied to the Paris deal.

"The Clean Power Plan is not tethered to the Paris accords," he told Stephanopoulos.

However, the new administration doesn't appear to have a replacement for the Clean Power Plan, Kimmell said.

"They're just going to repeal it, so that's a big problem," Kimmell said.

In addition to warming the planet, outdoor air pollution is tied to a number of maladies, including death. In the United States, the plan was projected to prevent 3,600 premature deaths; 1,700 heart attacks; 90,000 asthma attacks; and 300,000 missed workdays and school days, the EPA said.

The plan would have helped the nation move away from burning coal and toward "cleaner sources, like [natural] gas, and even really clean sources, like renewable energy, such as wind and solar," Kimmell said. "There are significant health benefits when you switch from a dirty resource like coal to cleaner resources." [8 Ways Global Warming Is Already Changing the World]

During the second presidential debate in the 2016 campaign, Trump mentioned the use of "clean coal" technology. This technology doesn't yet exist, experts have told Live Science.

The idea behind such technology is to find a way to capture CO2 and other pollutants from power plants before those materials enter the atmosphere. But developing this technology costs money, meaning power plants likely won't do it unless the government motivates them, Edward Rubin, a professor of engineering and public policy at Carnegie Mellon University in Pittsburgh, told Live Science in October 2016.

"From everything I've read about Mr. Trump's view of climate change, I suspect he would not be a proponent of policies to reduce carbon emissions drastically," Rubin said at the time.

Federal policy isn't the only force driving the development of clean energy in the U.S. State legislatures across the country have put forth hundreds of bills supporting clean energy, according to InsideClimate News. For instance, politicians in almost a dozen states have sponsored bills that would expand renewable electric power, InsideClimate News reported.

But some of these bills face opposition from other state politicians, and from groups such as the American Legislative Exchange Council, Americans for Prosperity, the Heartland Institute, and utility and fossil fuel companies, InsideClimate News reported.

Overall, policies that protect the environment thrive when the federal government supports them, Kimmell said. For instance, "since 2007, our electricity consumption has stayed flat even while the economy has grown," he said.

This happened, in part, because of the government's efforts to promote energy-efficient products, especially through its Energy Star program, which labeled energy efficient appliances such as  LED light bulbs, dishwashers and "refrigerators that use 80 percent less energy than their predecessors," Kimmell said.