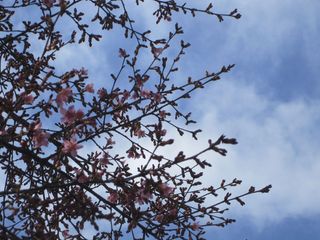 During March, high temperatures broke or tied historical records at 7,755 locations in the United States out of about 175,000, according to the National Climatic Data Center (NCDC). By comparison, only one of the last 10 Marches, in 2007, broke or tied more than 7,000 record highs.

March has followed in winter's footsteps; the NCDC declared December, January and February collectively the fourth-warmest winter on record in the lower 48 states.

Although weather over short periods of time cannot be directly attributed to human-caused climate change, accumulating greenhouse gases likely played a role in the "year without winter" that has graced a significant portion of North America, according to climate scientists.

"Clearly, this is outstanding and well outside any expectation under an unchanging climate. The magnitude and duration of the events in March certainly indicate that some unusual factors are afoot," Kevin Trenberth, a senior scientist at the independent National Center for Atmospheric Research (NCAR) in Boulder, Colo., told LiveScience in an email.

Climate change is one such factor; natural fluctuations represent the other, Trenberth said.

Climate scientists often use the metaphor of a loaded die to explain the effect of climate change on extreme weather — a shift in the odds favors a particular outcome, in this case, high temperatures.

However, even in a warming world, there will be regions with below-normal temperatures, Trenberth noted. This March, 287 locations out of 174,643 reported record lows or tied with historic ones. These were clustered largely in the western United States.

The mild winter temperatures arose this year as a result of the configuration of the jet stream— high-altitude, westerly winds that have kept cold, Arctic air bottled up farther north, according to meteorologists and climate scientists. The jet stream, in turn, was influenced by natural patterns, such as air pressure over the Arctic.

"Extremes are always expected to happen as the climate record gets longer, but certain extremes related to heating are becoming more evident. For example, in the United States, extremes of high temperatures have been occurring at a rate of twice those of cold extremes and that has accelerated considerably since June 2010 to a factor of 2.7, and in the summer of 2011 to a factor of over 8," Trenberth wrote in an article published online in the journal Climatic Change on March 21.