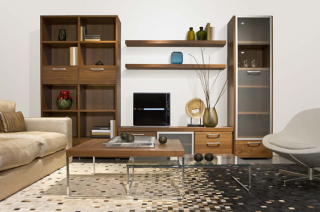 Are there allergens, pollutants or nasty smells hanging around in your home? You may want an air purifier.

With so many models on the market, though, it can be tough to know whether the air purifier you're considering will really work. To start your research, you'll want to be sure the device meets some basic standards.

"If you're going to look for a good, basic air purifier, something that has a HEPA filter is a must," said allergist Jenna Tuck, chairwoman of the American College of Allergy, Asthma and Immunology (ACAAI) Indoor Environment Committee.

HEPA stands for high-efficiency particulate absorption, and to meet the government standard for this label, the filter must remove 99.97 percent of particles in the air that are 0.3 micrometers or larger. (For comparison, the width of a fine human hair is about 70 micrometers.)

Although some allergens and particles that cause respiratory problems are smaller than 0.3 micrometers, Tuck said, HEPA filters can remove particulate matter enough to ease symptoms for many people. [The 5 Most Common Allergies]

"The patient who probably needs [air purification] the most is the pet-allergic patient whose family refuses to get rid of the pet," Tuck told Live Science.

People whose noses are particularly sensitive to smells can benefit, too, but HEPA filters can't entirely eliminate odors. Turk recommended that people with breathing troubles, allergies or asthma talk to their allergists for advice on whether an air purifier could help them.

If so, the next step is to pick one. Live Science's sister site Top Ten Reviews has checked out some of the top air purifiers on the market. Here are their top three picks:

The Alen BreatheSmart is an Energy Star-certified unit with a HEPA filter that stands a little more than 2 feet (about 60 centimeters) high. It has a sleek, white design, and a lighted button on top that turns blue when the air is clean and orange or red as the BreatheSmart air sensor detects particulate matter. The sensor automatically triggers faster filtration when it detects particles in the air. This automatic adjustment lengthens the life of the filter. Alternatively, the BreatheSmart can run in timer mode for shorter periods.

The BreatheSmart can provide filtration for up to 1,100 square feet (102 square meters) of space. It includes an indicator light to alert you when the filter needs a change.

Noise: The BreatheSmart has four fan speeds. At the lowest speed, the sound of the fan is about that of a whisper, whereas the highest speed is the loudest and, at 56 decibels, is comparable to a box fan running on medium. The device has a night mode that allows users to turn down the unit's lights and lower the fan speed for more peaceful sleep.

Coway's air purifier uses a four-filter system, starting with a prefilter for large dust particles and hair; a carbon filter for odors; a HEPA filter; and an optional Vital Ion filter that charges air particles on the way out of the unit — a feature that helps clump together particles in midair for easier filtration. However, users should be aware that the U.S. Environmental Protection Agency recommends against using ionizers, as they can make some people's lung problems worse.

The reviewers at Top Ten Reviews liked the Coway for its efficient use of energy. The unit is Energy Star-certified and requires less than 78 watts even when running at full intensity. Like the BreatheSmart, the Coway can automatically adjust its fan speed in response to the particulate matter it senses in the air.

Coway's AP-1005AH model covers rooms as big as 236 square feet (22 square m) and is only about half as large as the Alen BreatheSmart, making it a good option for people with limited space or small rooms.

Noise: The Coway's highest setting creates noise at 53.8 decibels, similar to the noise of a box fan.

The Rabbit Air MinusA2 is one of the prettier air purifiers on the market. This unit is wall-mountable and Energy Star-certified. It is only 7 inches (18 cm) deep, making it one of the sleeker options for air purification. The design won a "good design" award from The Chicago Athenaeum Museum of Architecture and Design. The Rabbit Air MinusA2 can filter the air in a 350-square-foot (32.5 square m) room four times in an hour, and is best used in small to medium-size rooms.

Like the Coway, the Rabbit Air MinusA2 has multiple filters, starting with a prefilter and medium filter to get rid of large particles. This purifier uses a BioGS HEPA filter, which is designed to reduce the levels of certain allergens even below those of a typical HEPA filter. A customizable filter option lets you pick an additional filter to reduce bacteria, mold, pet dander, volatile organic compounds and odors. Finally, air travels through a charcoal filter to reduce smells. This machine also has an optional air ionizer.

Noise: The Rabbit Air MinusA2 is noted for its quiet operation, reaching only 45 decibels at its loudest.