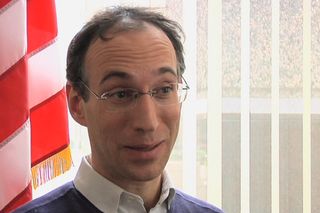 Reich has helped to create a paradigm shift in our understanding of how populations evolve.
(Image: © NSF)

In recent years, genetic data has emerged as one of the most powerful means of understanding the history and evolution of humans, as well as finding disease-causing genes. Harvard University's David Reich studies human population history and genetics as well as genomics.  His work has been important in documenting major population mixtures in human history: for example, Neandertal gene flow into the ancestors of all non-Africans, and major mixture in the history of people from India. This has contributed to a paradigm shift. In the last few years, it has become clear that major population mixture is the rule, not the exception, in human history. Being a geneticist today is "really like being sort of a child in a candy store," Reich says. "There are so many unanswered questions and the data are finally in place to really answer them. We can all answer these questions about human history and how people relate to each other that we really couldn't answer before." Reich also studies disease risk in African Americans and other populations. He led a study that found seven genetic risk factors that entirely account for the increased prostate cancer incidence observed in African Americans compared with European Americans.