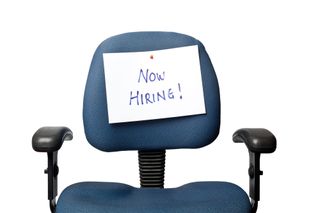 Over the past several decades, power plants have curtailed their emissions of harmful pollutants, such as sulfur dioxide, soot and mercury. This has saved lives, cleaned rivers and lakes and created tens of thousands of jobs in clean-technology industries. But power plants have continued to pump unlimited amounts of carbon into the atmosphere, with disastrous consequences. That pollution has been warming the climate, leading to an increase in deadly and destructive storms, droughts, floods and wildfires. Cutting dangerous carbon pollution now is imperative to protect public health.

It's also — as cutting pollution has proved to be in the past — a good way to create jobs.

President Obama's new plan to combat climate change will at last set limits on carbon pollution from power plants, the biggest source of carbon emissions in the country. Energy efficiency will play a key role in the president's plan: it cuts energy waste and reduces carbon pollution; it lowers energy bills; and it also drives job growth. In fact, according to a new NRDC analysis, cutting U.S. power plant pollution 26 percent by 2020 could net 210,000 new jobs, mostly in the energy-efficiency sector.

Improving the energy efficiency of American homes and buildings means sealing leaky doors, replacing windows and installing efficient lighting, insulation and HVAC systems. All this work requires a lot of boots on the ground — and on rooftops, in attics and in basements. These are good, local jobs that can't be outsourced. Electricians, construction workers, engineers, project managers, building inspectors, truck drivers — all roll up their sleeves when communities make buildings more energy-efficient. The end result is a more comfortable home, a better work space, lower energy bills and less pollution.

These are the kinds of jobs the United States needs. This is the kind of work Americans are good at. In fact, we're already doing it. States around the country are already using energy  efficiency to reduce global warming emissions and save money for consumers. They're also seeing the economic lift that efficiency helps provide. The president's climate plan will continue to build on successes at the state level, and American companies are eagerly ramping up to meet the challenge.

In Massachusetts, dubbed the most energy-efficient state in the nation for two years running, Gov. Deval Patrick's goals of reducing energy consumption and cutting greenhouse-gas pollution have spurred the growth of start-up companies like Next Step Living, which specializes in reducing residential energy waste.

The company, founded by area native Geoff Chapin, sends technicians into homes to pinpoint sources of energy waste, like leaky windows and doors, and opportunities for savings, such as insulating an attic. They find state and local incentives and tax breaks that will help pay for the cost of their services, helping low- and middle-income families who are often squeezed by high energy bills in the summer and winter. Next Step Living has helped nearly 4,000 homeowners reduce their energy bills through the energy audits and home weatherization services. The company, founded with just three employees in 2008, employs nearly 600 people today, and has expanded to other states, including Connecticut and New Hampshire.

Massachusetts is still pushing for more efficiency, launching a major initiative this year to retrofit 700 state-owned facilities — some 4,000 buildings, from swimming pools to police barracks to university campuses — with energy-efficient equipment, lighting, heating and cooling systems. The move is expected to save the state government, the biggest consumer of electricity in the commonwealth, $43 million in energy costs annually. It will also create 4,000 jobs in Massachusetts.

Last month, Hawaii announced a similar large-scale energy initiative to revamp airports, universities and other public buildings with energy-efficient appliances, lighting and cooling systems. The plan will help the state meet its goal of achieving 70 percent clean energy by 2030, and is also expected to generate 5,000 jobs on the islands.

Johnson Controls, the 125-year-old energy services company founded by the inventor of the electric thermostat, Warren Johnson, is already putting up help-wanted signs in Honolulu, looking to expand the company’s efficiency work in Hawaii's public sector. Johnson Controls is a veteran player in this game — the company estimates its building-efficiency projects have achieved more than 19 million metric tons of carbon reduction since 2000, saving their customers $7.5 billion in energy costs.

The president's climate plan will continue to expand the market for energy-efficient technology, and entrepreneurs are moving quickly to meet the demand. Energy Intelligence Worldwide (EIW), a software firm that specializes in optimizing energy efficiency for heating and cooling systems in commercial buildings, is planning a dramatic expansion of its U.S. operations. Commercial buildings can waste up to 30 percent of the energy they use. Reducing that waste is a money-saving opportunity for landlords — and it's also a key opportunity to bring down carbon emissions. The firm, currently with 12 employees, is hiring 45 new people, with an average salary of $65,000. EIW is relocating its global headquarters to downtown Jacksonville, Fla., taking part in the renaissance of that city’s center.

Cutting carbon pollution from power plants is a big job, and it's going to take a lot of work. Does that mean Americans can't do it? Of course not. In states across the country, entrepreneurs, researchers and workers are already doing it, home by home, building by building, car by car. As a nation, as we prepare to tackle climate change, we'll need hundreds of thousands more people to roll up their sleeves and get to work building a cleaner, more efficient energy system, protecting our health and strengthening our economy.

This post will appear on Lehner's Wasteland series, featuring people and organizations who are finding innovative ways to cut waste and save resources. Lehner's most recent Op-Ed was: Tiny Modems & Routers Can Be Big Energy Hogs. The views expressed are those of the author and do not necessarily reflect the views of the publisher. This article was originally published on LiveScience.com.