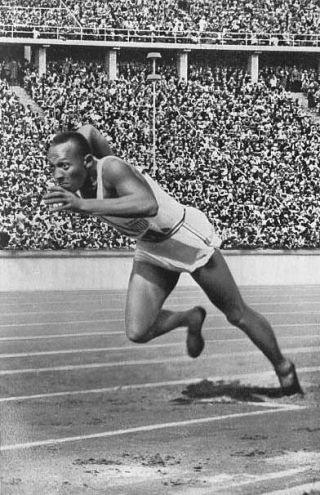 Well, maybe Usain Bolt was right after all. As discussed in our Physiology of Speed story, Bolt predicted he could run 100 meters in 9.54 seconds, lowering his own world record of 9.69 seconds.

Now, researchers from Tilburg University in the Netherlands say he could shave another 3/100ths of a second off and hit the tape at 9.51 seconds.

Using the "extreme value theory," Professor of Statistics John Einmahl and former student Sander Smeets have calculated the fastest possible times for men and women. Between 1991 and 2008, they chronicled the best times for 762 male sprinters and 469 female sprinters. They did not trust the data prior to 1991 as possibly being tainted by doping athletes (not that's its gotten much better since then.)

For females, their current world record, set by Florence Griffith-Joyner, of 10.49 seconds could be theoretically lowered to 10.33 seconds.

Extreme value theory is a branch of statistics that tries to predict extreme events such as 100-year floods or major stock market movements that deviate signficantly from the median. With less statistical confidence (95 percent confidence), Einmahl estimates the men could get to 9.21 while the women could run a 9.88.

To make this statistical postulating a reality, Bolt needs to find the secret competitive edge that will shave these tenths and hundredths of seconds away. Scientists at the Research Institute of Wildlife Ecology in Austria claim sunflower oil may be the super fuel that is missing.

Their research was presented in June at the Society for Experimental Biology Annual Meeting.

"The results of the current study on mice suggest that moderate differences in dietary n-6/n-3 polyunsaturated fatty acid intake can have a biologically meaningful effect on maximum running speed", says Dr Christopher Turbill, lead researcher. "The application of this research to the performance of elite athletes (specifically those in sports that involve short distance sprints, including cycling) is uncertain, but in my opinion certainly deserves some further attention" he said.

So, a little sunflower oil mixed into the pre-race Gatorade? It might work until world records start to fall and its added to the banned substance list.

Dan Peterson writes about sports science at his site Sports Are 80 Percent Mental. His Science of Sports column appears weekly on LiveScience.