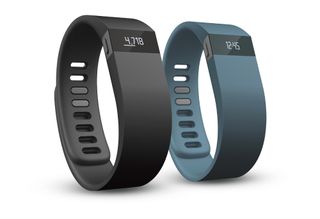 Many fitness trackers measure not only the number of steps you take every day and the calories you burn, but also your sleep habits, with some trackers even claiming to measure the time you spend in each stage of sleep.

Although it might be fun to pore over the data, sleep experts say they are skeptical of fitness wristbands' accuracy in measuring sleep.

Popular trackers, such as the Fitbit Force, include a sleep mode that aims to provide users with some insight into their shuteye, such as how long they slept, and how many times they were restless or woke up. Some trackers go a step further: the Jawbone UP breaks down sleep time into deep and light stages, and the Basis B1 recently launched a new sleep analysis that aims to measure REM sleep in addition to deep and light sleep stages.

Fitness trackers' ability to measure sleep often comes from sensors called accelerometers, which detect a wearer's motion, along with the speed and direction of that motion.

Experts say that while most trackers can in theory tell when a person is awake versus asleep, they are prone to mistakes. And as far as distinguishing sleep stages, trackers that include only an accelerometer as their sensor, "can't do what they claim," said Hawley Montgomery-Downs, a sleep researcher and associate professor at West Virginia University, who has studied the accuracy of sleep trackers. [Best Fitness Tracker Bands]

That's because although an accelerometer monitors your movement, "you move the same amount whether you're in deep sleep, or lighter stages of sleep," Montgomery-Downs said.

Experts worry there may be a danger in consumers putting too much trust in these devices to accurately monitor sleep, especially users who have sleep disorders.

Compared with this test, the accelerometer-based fitness trackers are "easy to trick," Montgomery-Downs said.

In a 2011 study, Montgomery-Downs and colleagues compared data from a tracker to that of a polysomnography test. They looked at adults who wore an older version of a tracker from Fitbit, while also undergoing an overnight sleep test, and found that the Fitbit overestimated the time participants were asleep by 67 minutes, on average.

"It says you are asleep more often than you accurately are," Montgomery-Downs said. The study also found that an actigraph, another device that also uses an accelerometer to monitor sleep and is sometimes used in sleep studies, overestimated sleep time by 43 minutes.

Another study, presented at a sleep researchers' meeting in November 2013, found the opposite effect in children — the Fitbit One underestimated how long the children were asleep, by 109 minutes.

Fitbit was not able to respond to these comments in time for publication of this article. However, their devices are not generally marketed to children.

"Consumers should not expect that these devices will be able to distinguish between sleep stages because these devices rely on movements, whereas sleep stages are defined primarily by brain activity," said Michael Scullin, a post-doctoral fellow at Emory University School of Medicine's Department of Neurology.

Sleep scientists use a test called electroencephalography (EEG) to measure people's brain waves while they are sleeping to distinguish between the various stages of non-REM sleep, Scullin said. And to measure REM sleep requires additional inputs besides brain waves, including eye movements and muscle tone, Scullin said.

The Basis is one of the few fitness trackers on the market that says it can track REM sleep in addition to light and deep sleep. According to the company, the device is able to do this because it includes a heart rate monitor in addition to an accelerometer, said Damon Miller, head of marketing at Basis. The company had their device tested in sleep labs to find out what measures, including heart rate, correlate with different stages of sleep, Miller said.

"We aren’t making a claim we can replace sleep labs or can be as accurate," Miller said. But "we feel we are in a good proximity for a consumer product," Miller said. "We're within a relativity close estimate of how [sleep labs] track sleep."

Sleep researchers said they would like to see the studies conducted by Basis, which have so far not been published.

"Heart rate is not the same as brain waves. And brain waves tell us what stage of sleep we're in," Meltzer said.

Montgomery-Downs said: "Unless the device has undergone independent testing (i.e. by someone who does not receive money from the company) and published in a peer-reviewed scientific journal, their claims are baseless."

For people without sleep disorders, using a fitness monitor to track sleep isn't going to hurt or help them, Montgomery-Downs said.

But for someone with a sleep disorder, tracking sleep with one of these monitors might give them a false reassurance, she said.

"If someone uses one of these devices, and it says you're asleep eight hours, the danger is someone could say, 'oh I guess I don’t have a problem," Montgomery-Downs said.

People with undetected sleep problems can be a danger to themselves or others, if for instance, they drive while sleepy, Montgomery-Downs said.

And sleep trackers with only an accelerometer cannot provide much insight into the quality of sleep, Montgomery-Downs said. For instance, a person with sleep apnea may stop breathing 300 times a night, but this wouldn't be detected. "Their sleep is horrible," Montgomery-Downs said, but they could still be relatively still for eight hours.

Scullin said, "I like that these commercial devices raise awareness of sleep health and sleep issues, but consumers who may have sleep disorders would be better off making an appointment at a sleep clinic than trusting the data obtained from these devices."