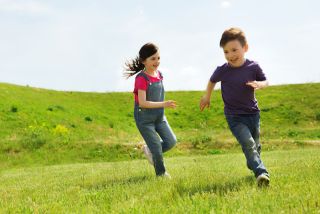 Kids and teens in the U.S. still have a way to go to become much safer about their sun exposure, two new government studies show.

One study found that fewer high school students are using indoor tanning, but the practice is still common in some groups. The other study suggested that schools could be doing more to help kids protect themselves from the sun during the school day. Both studies were conducted by researchers at the Centers for Disease Control and Prevention (CDC).

The new studies "continue the conversation about sun safety by demonstrating the decreasing prevalence of indoor tanning and the lack of sun-safety practices in schools, respectively," Drs. Henry W. Lim and Samantha L. Schneider, dermatologists at Henry Ford Hospital in Detroit, who were not involved in either of the new studies, wrote in a related editorial published today (March 3) along with the studies in the journal JAMA Dermatology. [5 Things You Must Know About Skin Cancer]

The studies show that public needs to become more aware of ways to protect themselves from the sun, "such as seeking shade when outdoors and wearing photoprotective clothing, wide-brimmed hats and sunglasses," Lim and Schneider wrote.

In the study on indoor tanning, researchers at the CDC looked at how common indoor tanning was among high school students in the U.S. between 2009 to 2015. The researchers collected their data four times: in 2009, 2011, 2013, and 2015, and each time they asked more than 13,000 students whether and how often they used indoor tanning.

They found that, overall, the prevalence of tanning decreased during this time: In 2009, 15.6 percent of teens in the study reported that they went indoor tanning in the past year, but only 7.3 percent said the same in 2015.

However, indoor tanning was still common among some groups of students, the researchers found. For example, although the prevalence of tanning among non-Hispanic white female high-school students dropped during the study period from the initial 37 percent, 15 percent of such students still went indoor tanning in 2015.

In the second study, CDC researchers looked at how prevalent sun-safety practices were at 577 schools in the U.S.  The most common sun-safety practice — identified in almost 50 percent of the schools in the study — involved teachers giving students time to apply sunscreen at school. However, only a small percentage of schools — about 13 percent — provided students with sunscreen, the researchers found.

Previous research has shown a link between indoor tanning and increased prevalence of skin cancers, Lim and Schneider wrote in their editorial. In 2009, the World Health Organization recognized tanning devices that emit ultraviolet (UV) light as group-1 carcinogens, which means that there is significant evidence that these tanning beds and sunlamps have the potential to cause cancer, they wrote.

In 2014, the Food and Drug Administration decided to require such devices to carry a "black-box warning." The agency requires that type of label when a drug or device has been linked with serious or life-threatening risks.

Moreover, at least 42 U.S. states have introduced restrictions on the use of tanning beds by children and teens. However, these restrictions have not been enforced consistently, the researchers wrote.

The American Academy of Dermatology has implemented programs to educate people about sun safety. For example, the academy has designated May as Skin Cancer Awareness Month and has released information about sun safety and the perils of indoor tanning in the media, Lim and Schneider wrote.

However, more can be done to raise awareness about these issues, they wrote. For example, in Portugal, several national health organizations teamed up to implement a campaign that involved printing sun-safety messages on sugar packets.

"The campaign made sun safety an integral part of a highly important daily routine in Portugal —drinking coffee," Lim and Schneider wrote. Implementing a similar public campaign in the U.S. could help to further educate the public on the principles of sun safety, they wrote.