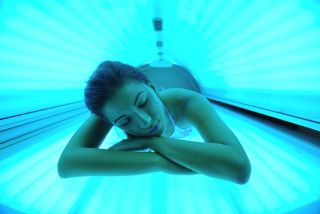 Young women who use tanning beds or booths have up to a sixfold increase in their likelihood of developing melanoma, a new study found.

The study also suggests that indoor tanning has likely played a role in the rise in melanoma rates among young U.S. women in recent years.

The findings indicate that the "melanoma epidemic … seems likely to continue unabated, especially among young women, unless exposure to indoor tanning is further restricted and reduced," the researchers, from the University of Minnesota, wrote in the Jan. 27 issue of the journal JAMA Dermatology.

Although some states have implemented bans on indoor tanning for people under age 18, these efforts "need to be accelerated and expanded," the researchers said. [5 Things You Must Know About Skin Cancer]

In the new study, the researchers analyzed information from 681 people ages 25 to 49 who were diagnosed with melanoma in Minnesota between 2004 and 2007. The scientists compared this group with 654 healthy people, who did not have melanoma but who were around the same age and also lived in Minnesota.

Of the 63 women who were diagnosed with melanoma before the age of 30, only two said they had never gone indoor tanning.

"Women in their 20s seemed to be at highest risk of developing melanoma from indoor tanning," because they started indoor tanning at the youngest age and reported a high number of lifetime tanning sessions relative to their ages, the researchers said.

"Given the substantial proportion of young women today who began indoor tanning as adolescents, this result is particularly concerning, because their risk of developing melanoma in the future may be very high," the scientists said.

The researchers did not find a similar link between indoor tanning and increased risk of melanoma among young men but noted that this may have been because there were too few men in this age group to show an association. Men are generally much less likely to go tanning than are women, the researchers said.

"Indoor tanning is a likely factor for the steeper increase in melanoma rates in the United States among younger women compared with men," the researchers said.

The new study "demonstrates the importance of public health efforts in reducing indoor tanning," Gery Guy Jr., of the Centers for Disease Control and Prevention, wrote with several co-authors in an editorial accompanying the study. "While all exposure to UV radiation can increase the risk of melanoma, exposure to artificial UV radiation from indoor tanning is a completely avoidable risk factor."

Although age restrictions for indoor tanning may be effective at reducing use among minors, "these policies leave many gaps unaddressed," the editorial authors said. For example, a recent study found that nearly half of the top 125 U.S. colleges had indoor tanning facilities available on campus or in off-campus housing, which may encourage young people to use them, the editorial said.

To address the increasing rates of melanoma among young women, colleges could adopt campus policies to discourage indoor tanning, the editorial authors said.