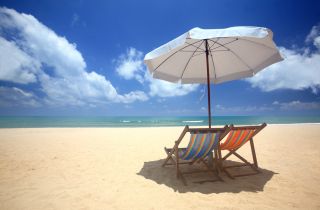 The rate of melanoma cases in the United States has doubled in the last three decades, and the number of cases will continue to rise if more efforts aren't made to prevent the disease, according to a new report from the Centers for Disease Control and Prevention.

Overall, there were more than 65,000 cases of melanoma diagnosed in the United States in 2011. If no additional efforts are made to prevent the disease, the researchers estimate there will be 112,000 new melanoma cases diagnosed in 2030.

Increased skin cancer awareness and early detection have played a role in the rise in cases, the report said; however, protecting the skin from the sun can often prevent the disease.

In fact, if communities, policymakers, employers, schools and other community organizations were to take additional steps to prevent skin cancer, 21,000 melanoma cases could be prevented each year from 2020 and 2030, for a total of 230,000 averted cases over that decade, the researchers estimated in the report.

"While rates of many other cancers are decreasing, melanoma cancer rates are growing in the United States," Ursula Bauer, director of the CDC's National Center for Chronic Disease Prevention and Health Promotion, said at a news conference today (June 2). People can take steps to reduce their risk of skin cancer, but employers, doctors, schools, parks and other organizations also must play a role in promoting sun safety, Bauer said. [10 Do's and Don'ts to Reduce Your Risk of Cancer]

Melanoma is the deadliest type of skin cancer, and most cases are caused by too much exposure to ultraviolet rays, from the sun or other sources, which can damage DNA in skin cells and turn them cancerous. More than 9,000 people die from melanoma each year in the United States, according to the report.

To prevent more cases of melanoma, communities can increase shade in public areas, such as on playgrounds and at public pools; encourage sun protection in recreational areas; and restrict the use of indoor tanning facilities by minors, the CDC said. Employers and schools can also educate the public about sun safety, schedule outdoor events for hours when the sun's rays are not as intense (before or after midday) and consider changing policies that ban hats outdoors.

The general public can protect themselves by wearing hats, sunglasses and protective clothing while outdoors; using broad-spectrum sunscreen with an SPF of 15 or higher; and finding shade when they are outdoors, the CDC said.