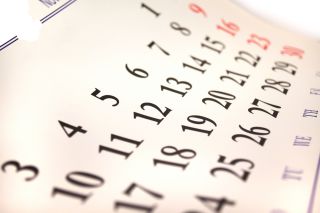 Madam, I'm Adam. A man, a plan, a canal: Panama. Palindromes are everywhere — including on the calendar.

Strings of five-digit palindrome dates aren't actually that rare, according to Aziz Inan, an electrical engineering professor at the University of Portland, who calculates these dates as a hobby. "Whereas five-digit dates occur every year, the next time Mother's Day will be a palindrome date will be 790 years" from now, Inan told Live Science. [The 9 Most Massive Numbers in Existence]

Seven- or eight-digit palindrome dates are much more rare — only 38 such dates occur in the 21st century, Inan said. Twenty-six of these dates are seven digits, and 12 are eight digits. As of Sunday (May 10), eight of these dates have already occurred this century, leaving 30 remaining.

"Eight-digit palindrome dates are very rare, and are clustered in the first three or so centuries at the beginning of a [millennium], and then don't show up for 600 to 700 years, until they appear as a cluster in the next millennium," Inan told Live Science in November 2011, the last time such a date occurred (11/02/2011).

The reason for the rarity of these dates is that the day number can only reach 31. For example, the palindrome of a year such as 1401 would give you 1041, which exceeds the number of days in a month (since there is no Oct. 41). So, eight-digit palindrome dates will become rare again after the year 2300 (as there are no 32nd days of the month).

An eight-digit palindrome date that falls on Mother's Day is even more rare, because they have to occur on the second Sunday of May, Inan said.

In honor of this week and a belated Mother's Day, we must all ask ourselves, "Amy, must I jujitsu my ma?"