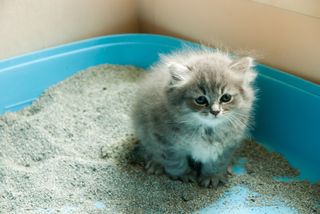 Toxoplasmosis stands as one of the most common parasitic infections in the world — in fact, you may even harbor the pervasive pathogen and not ever know it.

Caused by a single-celled microorganism called Toxoplasma gondii, toxoplasmosis may affect up to 2 billion people worldwide, according to the Handbook of Clinical Neurology — that's nearly one-third of all the people on Earth.

"You can find this [parasite] anywhere — on land, in the sea, in the air," said Bill Sullivan, a molecular and cell biologist at the Indiana University School of Medicine who studies T. gondii in his lab.

More than 40 million infected people live in the U.S., though most develop no noticeable symptoms from the disease, according to the Centers for Disease Control and Prevention (CDC). About 10% to 20% of those infected develop mild symptoms, including swollen lymph nodes and flu-like aches that linger for several weeks to a few months. But rare severe infections can pose much more serious problems, from vision loss to brain damage.

But how does the T. gondii parasite transform from a near-harmless bug to a tissue-ravaging monster? The answer lies in how the microorganism takes hold in the body.

Upon entering a new host, T. gondii tends to hide out in vulnerable areas of the body with little immune defense, targeting brain, heart and skeletal muscle tissue, in particular, Sullivan said. The microorganism enters the body packaged in a hardy capsule, known as an oocyst, and transforms into an active form of the parasite called a "tachyzoite" in order to multiply and spread, according to the CDC. Once settled, the tachyzoites construct bubbles of tissue, called cysts, to house themselves within and revert into an inactive form of T. gondii called a "bradyzoite."

Bradyzoites grow extremely slowly compared to the active tachyzoites, and the tissue cysts bradyzoites hide out in can "stay with you for the rest of your life, because the immune system is apparently blind to them," Sullivan said. In this way, the parasite can lie low for years, shrouded in tissue — but if the bug transforms back into a tachyzoite, the once-docile parasite can suddenly pose serious health risks to the host.

Once awakened, tachyzoites replicate with relentless gusto and soon overwhelm the limited immune defenses of tissues found in the brain, eyes and heart. As the parasite spreads, these tissues begin to degrade. In the eye, the damage can reduce or blur vision, redden the tissue and cause pain. Damaged heart tissue may become inflamed and unable to pump blood normally, while severe deterioration and swelling in the brain can cause paralysis and decreased mental function, according to a 2017 report. If the brain tissue damage continues unabated, the condition can be life-threatening.

People with weak immune systems, such as those undergoing chemotherapy or those diagnosed with AIDS, are most likely to develop severe toxoplasmosis and suffer its devastating symptoms, according to the CDC.

The parasite can also be transmitted to heart transplant patients, who must be immunosuppressed during and after their operations. It also infects fetuses in the womb if their mothers become newly infected during pregnancy. Infants born with toxoplasmosis may experience repetitive episodes of severe toxoplasmosis throughout their lifetimes. However, if a mother has never been infected before, T. gondii can disrupt fetal development before the baby is born and even cause a miscarriage, Sullivan said.

If you are immunocompromised, pregnant or planning to become pregnant, the CDC offers specific recommendations to avoid catching toxoplasmosis. These include cooking meat as recommended by the U.S. Department of Agriculture, washing fruits and vegetables thoroughly before eating, wearing gloves while gardening or scooping cat litter and washing your hands well afterward. If you have already contracted the parasite, various antibiotic and antiparasitic medications can be taken to keep the infection at bay and help prevent its spread to a developing fetus, according to a 2018 report.

You can catch toxoplasmosis from your cat

Toxoplasmosis is incredibly common because T. gondii oocysts lurk in meat and animal feces, and humans "only need to ingest or inhale a few of them" to become infected, Sullivan said. Most warm-blooded animals — from bears to bisons to birds — can serve as hosts for the T. gondii parasite, but felines specifically act as a mating ground for the single-celled organism, according to the Cornell Wildlife Health Lab.

Although T. gondii can be transmitted to different animals, the parasite cannot reach sexual maturity anywhere other than in the feline intestine. The reason why remained a mystery for many years, until in 2019, an eye-opening study from the University of Wisconsin–Madison revealed what makes the cat gut a hotbed for parasitic sex.

Previous studies suggested that T. gondii leeches an essential fatty acid called linoleic acid from its hosts. In most animals, linoleic acid gets broken down by an enzyme known as delta-6-desaturase (D6D), a protein that's essentially "shut off" in cats. Felines evolved in a desert environment with little food, so tuning down the enzyme may have allowed the animals to draw more energy from their limited fat stores, the authors said in a statement. Turns out, T. gondii requires an ample supply of linoleic acid to reach its sexual stage, making the cat gut the perfect rendezvous point for sexually active parasites.

During sex, the parasite produces the oocysts that later infect other creatures, including humans. The infected cat passes these oocysts in their feces, where they become infectious one to five days after being shed. This is why changing your pet's litter daily can help ward off T. gondii infection, the CDC notes. But an infected cat can spread T. gondii in its feces for only about one to three weeks after picking up the parasite, so it's not as if the family pet transforms into a ticking time bomb of disease after catching the bug.

Rodents infected with the parasite become hyperactive and forget their fear of cat urine, a smell that signals that their sharp-toothed predator may be nearby. Instead of fleeing the scene, infected rodents appear drawn to the putrid scent, making them easy prey for nearby felines.

Given its influence over mice and rats, could T. gondii toy with human behavior, as well? Some studies suggest that the parasite may be linked to neurological disorders, such as schizophrenia and intermittent explosive (rage) disorder and impulsive behavior in general, but no direct method of parasitic mind control has been uncovered in humans.

On this point, there are two competing theories as to how the parasite hijacks the rodent brain, Sullivan said: Either T. gondii secretes some factor into the brain to "rewire" its circuits, or the parasite triggers inflammation in the brain as the immune system attempts to fight off the infection. Scientists know that T. gondii tweaks the gene activity of cells by releasing certain proteins within their membranes, but it's unclear if or how this might affect animal behavior. However, some evidence does back the idea that inflammation changes both brain function and behavior, according to a 2019 report co-authored by Sullivan.

Sullivan and his colleagues found that the hypertension drug guanabenz, known to have anti-inflammatory effects, seems to stop the hyperactive behavior seen in mice infected with T. gondii. Scientists have also uncovered links between brain inflammation and hyperactivity in humans, specifically those with attention-deficit hyperactivity disorder. The overlapping findings suggest that the T. gondii parasite may not usurp the brain directly, but rather disrupt the organ's function by triggering a harmful immune response.