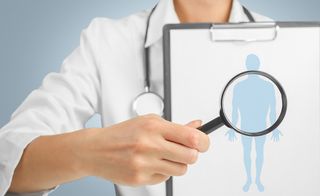 Scientists have managed to sequence the human genome, image the human brain and harness stem cells for complex medical research, among many other scientific achievements. But despite these incredible feats, the human body continues to mystify researchers. In fact, scientists still debate whether certain aspects of the body even exist.

"We don't know the human body as well as we'd like to think," said Scott Miller, a professor at the University of Utah who has done anatomically based research for 40 years, and is chairman of the Scientific Affairs Committee for the American Association of Anatomists.

Sure, researchers know the basic human anatomy and can identify organs, bones and muscles, but that doesn't explain what everything in the body does or how it truly works, Miller said.

Scientists are making all sorts of discoveries about human anatomy, and "anatomical curiosities" still arise, Miller said. For example, sometimes researchers discover a new structure in an animal, which then raises the question of whether it also exists or functions similarly in humans.

In addition, innovations such as modern imaging technologies have changed how scientists view anatomical structures in the body and what they do, Miller said. MRI imaging can reveal clues about how an organ or a neurological pathway may work, he said.

As a result, researchers are also still uncovering surprises. For example, although scientists long knew that bacteria in the human digestive tract were important for digesting food and producing vitamins, it was only recently that scientists recognized the true significance of the community of microorganisms in the body known as the human microbiome, Miller said. [Body Bugs: 5 Surprising Facts About Your Microbiome]

This aspect of the human body has become a huge field of research, with fascinating implications on health and disease, and an area to watch in the future, he said.

New discoveries lead to new questions and hypotheses, but the existence of some things in the human body are hard to prove, Miller said. Here are four areas whose very existence in the body has been debated, along with the views expressed on both sides of the argument.

When women are surveyed, the majority of them say they believe the G-spot is real. But when doctors are asked about the existence of the Grafenberg spot, named for a German gynecologist who first described an erogenous zone on the anterior, or front, wall of the vagina that is linked with intense orgasms, there might be considerable debate on the subject.

"Talking about the G-spot in a room full of sexual experts is like talking politics in a room full of Republicans and Democrats," said Dr. Lauren Streicher, an associate professor of obstetrics and gynecology at Northwestern University's Feinberg School of Medicine in Chicago.

Experts' opinions vary, and may range from doubting the G-spot's existence to suggesting the area is just an extension of the clitoris to believing it's a distinct anatomic entity, said Streicher, who authored the book "Sex Rx: Hormones, Health and Your Best Sex Ever" (Harper Collins, 2015).

Research done in 2012 by Dr. Adam Ostrenski, of the Institute of Gynecology, Inc., in St. Petersburg, Florida, on a female cadaver claimed to have identified the elusive G-spot as a region composed of erectile-type tissue, about one-third of an inch long and one-tenth of an inch wide, toward the front of the vaginal wall. Subsequent research on eight other female cadavers, also done by Ostrenski, continued to suggest the G-spot's existence as an anatomical entity, but said its size in women varied.

However, other researchers argue that although the anterior wall of the vagina appears to be its most sensitive region, there is no strong and consistent evidence for the existence of an anatomical site. [7 Facts Women (And Men) Should Know About the Vagina]

Streicher told Live Science that she thinks there is a G-spot but that she does not believe that every woman experiences sexual pleasure from stimulation of that specific area.

Pheromones are chemical signals that animals release as a way to communicate with other members of the same species. Insects and other animals are known to secrete pheromones in their sweat, saliva or urine, and the animal that picks up on the compounds, often by smelling them, may get information, such as that a certain territory has been marked, that danger is nearby or that a potential mate is sexually available.

Research on animal pheromones has led scientists to question whether humans also produce pheromones that can cause similar responses.

Researchers don't doubt that people produce chemical signals that may influence others, said George Preti, an organic chemist at the Monell Chemical Senses Center in Philadelphia who has researched the compounds.

But there is debate over whether there are human pheromones that can act as a sexual attractant, he said. So far, there is no evidence of that being the case.

Although the possibility that certain chemicals may sexually attract other people is interesting — and is sometimes played up by the beauty and fragrance industries — scientists who study pheromones spend more time looking into what kind of pheromones are functional in humans, and the nature of their chemical composition, Preti said.

"Our research has demonstrated that there are primer pheromones in humans that can cause a change in physiology," Preti told Live Science. For example, one of his studies found that women who smelled extracts of a hormone secreted from men's armpits had a change in the rate their bodies produced luteinizing hormone (which stimulates ovulation), compared with women who smelleda placebo[1] . This hormone change could alter the timing and length of women's menstrual cycles, making them occur sooner, he said.

Preti's research has also demonstrated the existence of "modulator pheromones," which can influence the mood of a person who picks up on them — an effect that has only been reported in humans. In this research, women who were exposed to certain compounds in men's sweat reported feeling more relaxed and less tense compared with women who were not exposed. [5 Ways Love Affects the Brain]

Preti said another group of researchers had a similar finding, but in men: Researchers found that men who smelled T-shirts that women wore around the time they ovulated showed increased levels of testosterone. There could also be a chemical signal from women during their time of optimal fertility that promotes a change in men's behavior — the men in the study who smelled the women's T-shirts reported they were more apt to take risks, the researchers said.

The purported "exercise hormone" irisin was first discovered in mice and then identified in humans in 2012 by a group of Boston-based researchers led by Bruce Spiegelman, a cell biologist at Harvard Medical School.

The researchers suggested that irisin is a protein produced when a person exercises, and that the body may make more of it as physical activity continues, said Keith Baar, an associate professor of physiology at the University of California, Davis, who has studied exercise and irisin but was not involved in Spiegelman's research.

But in the three years since irisin was identified, the hormone has been mired in controversy, with a number of scientists saying they don't believe it exists or has its purported effects.

The researchers who believe that human irisin exists say that it travels in the blood and converts white fat cells, which store excess calories, into calorie-burning brown fat, Baar said.

If there is more irisin in the blood, more white fat would turn into brown fat, producing more heat and burning more energy, Baar explained. In theory, people with increased levels of irisin would burn more calories and stored fat even after they have finished a workout, he said.

"It would be as if a person is resting on the couch, but his or her body is running a marathon — that's the idea behind irisin, and that's why it's appealing," Baar told Live Science.

A drug based on irisin has also been suggested as a possible treatment for obesity and diabetes. The thinking is that if the body can turn more calorie-storing white fat into calorie-burning brown fat, there would be less fat storage, thus making it easier for people to maintain a healthy weight and reducing their risk of diabetes.

But Baar and some other scientists are skeptical about irisin's existence in people because they were unable to replicate Spiegelman's findings in their own studies, leading them to question whether the hormone truly exists.

Baar's research found no evidence that irisin was driving any of the positive effects of exercise, such as improvements in insulin sensitivity, aerobic capacity, blood glucose control and body mass index (BMI). He also said that a lot of the tools designed to detect irisin in people's blood have not been validated, meaning they may not be detecting the compound at all, or may be picking up some other protein instead.

A recent study by Spiegelman's research team claims to have proven irisin's existence in humans using a more precise detection technique than were used in their previous papers.

Baar said this new research did a good job of showing that irisin can be detected in humans, but now other scientists need to show they can detect it as well.

If more evidence is found, and other researchers can also detect the hormone, Baar said he might then believe that irisin exists. If that were the case, scientists might investigate further, to learn more about how the protein may relate to exercise.

At this point, the research has yet to show what irisin does in humans, Baar said.

Cancer stem cells are a big issue in cancer biology, Miller said. Normal stem cells are special cells that can give rise to other types of cells in the body, to make tissues and organs. [Top 10 Cancer-Fighting Foods]

This has led scientists to theorize that, like normal tissue, cancer is also driven by stem cells.

The thinking is that among all cancerous cells, a small proportion of them (perhaps 1 to 3 percent) act as cancer stem cells that can reproduce and fuel the growth and development of certain cancers.

According to this line of thinking, some cancer treatments, such as chemotherapy or radiation, may shrink tumors by killing regular cancer cells, but leaving the cancer stem cells intact, allowing the tumor to regrow. If that is the case, the regrown tumor might be made largely of cells that are resistant to these therapies.

To develop such treatments in the future, some scientists are working hard to learn more about the characteristics and behaviors of cancer stem cells. Although this work is still in its early stages in the lab and in preliminary clinical trials, they have made strides in finding stem cells in leukemia as well as cancers of the breast, bladder, colon and liver, according to information from the Ludwig Center for Cancer Stem Cell Research and Medicine at Stanford University.

Investigators also have studied how some cells from cancers in the brain, skin, pancreas and ovaries may have cancer stem cell properties.

Instead, they support the "stochastic" model of cancer, which suggests that tumor growth is a random process, and that all cancer cells have the potential to grow and divide, and give rise to metastatic growths.

It's possible that both theories have some truth to them because different types of cancers may work in different ways at different stages of their development, researchers say.