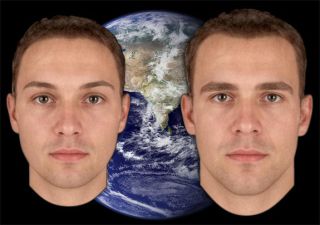 Hormones may not cause women to swoon for hunky guys, a new study suggests.

Past research suggested that women in the fertile phase of their cycle prefer manlier faces than they do at other times. The findings supported the notion that evolutionary forces made women want to cheat with manly men, but settle down with more feminine-faced men who may have all the right stuff to be the best dads and husbands.

But new research suggests that women don't prefer more masculine faces during their fertile phase. The study, published Oct. 19 in the journal Sex Roles, is the latest salvo in a debate over whether hormonal shifts change women's sexual preferences.

"It doesn't seem like there is a real effect of cycle shift on masculinity preference," said Christine Harris, the study's author and a researcher at the University of California, San Diego. "It's really a story about infidelity, and you have to make sure that their account of what infidelity in women is like is correct. I think it's probably not." [Busted! 6 Gender Myths in the Bedroom & Beyond]

In 1999, a formative study showed that women in the first half of their menstrual cycle (when they are more likely to get pregnant) rated manly faces — those with square jaws and pronounced brows — more attractive than did women in the later half of their cycle. (Interestingly, all the women, no matter where they were in their cycle, found slightly more effeminate faces sexier overall.)

The findings supported a theory that men with higher testosterone levels sired healthier children when humans were first evolving. Masculine men, the logic went, had better genes, but were more likely to sleep around or ditch their partners after sex. So it made sense for fertile women to cheat with the studs to have babies but commit to men who were daddy material.

The finding spurred dozens of researchers to study how women's sexual preferences change with their cycle.

But in a 2011 paper, Harris tried to replicate the original study and found no effect from the menstrual cycle on the desire for manly faces.

Other researchers criticized Harris' findings in a follow-up paper, also detailed in the journal Sex Roles.

"A full 27 percent of the female population that she sampled were over 40," said Lisa DeBruine, a researcher at the University of Glasgow and co-author of the response to Harris' paper. Women so close to menopause are unlikely to have the same predictable shifts in fertility as younger women, she said.

"Strangely, she didn’t seem to be aware of the 15 to 20 papers that had been published subsequent to 1999 also showing the same result," she said, referring to the effect of fertility on a women's sexual preferences.

In the current study, Harris excluded the older women, re-analyzed her results, and still found no preference for more masculine men. (The original 1999 study also included older women, so that shouldn't have made a difference, anyway, Harris said.)

Past research often defined the fertile phase differently, sometimes in the same study, making it possible to slice and dice the data to get an effect where none exists, Harris said.

And the basic theory for why fertile women might prefer to have flings with more masculine men — that they have better genes and better immune systems — has never been proved, she added.

"They need to show that men with masculine faces really do have good genes," Harris said.