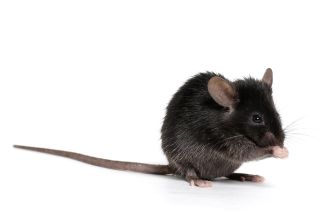 From formulating new cancer drugs to testing dietary supplements, mice and rats play a critical role in developing new medical wonders. In fact, 95 percent of all lab animals are mice and rats, according to the Foundation for Biomedical Research (FBR).

Scientists and researchers rely on mice and rats for several reasons. One is convenience: rodents are small, easily housed and maintained, and adapt well to new surroundings. They also reproduce quickly and have a short lifespan of two to three years, so several generations of mice can be observed in a relatively short period of time.

Mice and rats are also relatively inexpensive and can be bought in large quantities from commercial producers that breed rodents specifically for research. The rodents are also generally mild-tempered and docile, making them easy for researchers to handle, although some types of mice and rats can be more difficult to restrain than others. [Why Do Mice Poop So Much?]

Most of the mice and rats used in medical trials are inbred so that, other than sex differences, they are almost identical genetically. This helps make the results of medical trials more uniform, according to the National Human Genome Research Institute. As a minimum requirement, mice used in experiments must be of the same purebred species.

Another reason rodents are used as models in medical testing is that their genetic, biological and behavior characteristics closely resemble those of humans, and many symptoms of human conditions can be replicated in mice and rats. "Rats and mice are mammals that share many processes with humans and are appropriate for use to answer many research questions," said Jenny Haliski, a representative for the National Institutes of Health (NIH) Office of Laboratory Animal Welfare.

Over the last two decades, those similarities have become even stronger. Scientists can now breed genetically-altered mice called "transgenic mice" that carry genes that are similar to those that cause human diseases. Likewise, select genes can be turned off or made inactive, creating "knockout mice," which can be used to evaluate the effects of cancer-causing chemicals (carcinogens) and assess drug safety, according to the FBR.

Rodents also make efficient research animals because their anatomy, physiology and genetics are well-understood by researchers, making it easier to tell what changes in the mice's behaviors or characteristics are caused by.

Some rodents, called SCID (severe combined immune deficiency) mice, are naturally born without immune systems and can therefore serve as models for normal and malignant human tissue research , according to the FBR.

Some examples of human disorders and diseases for which mice and rats are used as models include: