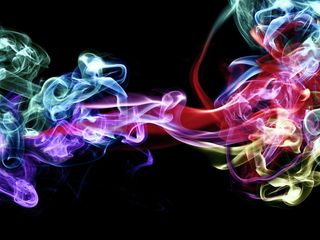 Swiss chemist Albert Hofmann, who discovered the hallucinogenic drug LSD, died yesterday. But the LSD trip is far from over as scientists bring lucidity to how hallucinogens work.

Also called psychedelics, hallucinogens alter a person's perception, mood and a slew of other mental processes. Hallucinogen history goes back centuries as people worldwide have taken the drugs to induce altered states for religious and spiritual purposes.

While LSD (lysergic acid diethylamide), mescaline and other psychedelics were studied in the past, research largely came to a halt after recreational abuse of the drugs in the 1960s, with some work resuming in the 1990s. Many studies now rely on animal models such as mice.

One human study published in the journal Psychopharmacology revealed the active ingredient in hippie mushrooms, called psilocybin, elicited "mystical experiences" for participants that reportedly led to behavior changes lasting for weeks. However, nearly one-third of the participants had a bad trip, reporting that they found the drug experience frightening.

Research has suggested hallucinogens primarily do their magic in the brain's cortex, where the drugs activate specific receptors called 5-HT2A receptors (2ARs) that are normally triggered by serotonin.

"In order to function, [the cortex is] integrating different signals, for example glutamate signals and serotonin signals," said neuroscientist Stuart Sealfon of Mount Sinai School of Medicine in New York, "and what hallucinogens must be doing is they are disrupting this process so that sensory perception is altered by them."

However, not all compounds that activate these receptors lead to mind-bending trips. "What was it that made hallucinogens have their unique properties?" Sealfon said.

Scientists once thought of receptors in terms of "locks and keys," in which certain drugs fit into a specific receptor as a key fits into a lock. That receptor would then turn on and signal to other molecules in the cell.

But that's not the case for hallucinogens. Research by Sealfon and his colleagues published last year in the journal Neuron revealed the serotonin-2A receptor has more than one "on" position.

Brains are mysterious, whether on drugs or not. Sealfon's and others' research has continued to reveal how brain receptors are involved in hallucinogenic effects; study results are also providing insights into the nature of a mystical or hallucinogenic experience. And so while studies are shedding light on "the brain on hallucinogens," many questions remain. For instance, what causes a "bad trip?"