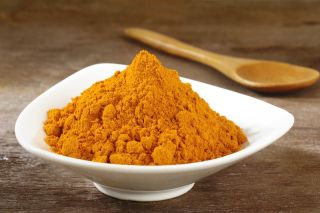 What's more, the link between the woman's liver problem and her turmeric supplement use wasn't identified by her doctors — but rather by the woman herself, after she consulted the internet.

Until the woman brought it up, her doctors weren't aware that she was taking a turmeric supplement, and the case underscores the need for doctors and patients to communicate about the supplements that patients are taking, the report's authors said. [27 Oddest Medical Cases]

The report, by researchers at the University of Arizona, was published Sept. 10 in the journal BMJ Case Reports.

Turmeric as a supplement

Turmeric is perhaps best-known as a spice in curry powder, but some studies suggest that it has anti-inflammatory properties. Early research suggests that turmeric may help with certain conditions, such as osteoarthritis and rheumatoid arthritis, but more research is needed on its benefits, according to the National Institutes of Health (NIH).

About eight months after she started the turmeric supplements, a blood test showed elevated levels of liver enzymes — a sign of liver problems, the report said.

Further tests revealed the woman had a condition called autoimmune hepatitis, in which the body's immune system attacks the liver, causing inflammation and liver damage, according to the NIH.

After her diagnosis, the woman was monitored closely without receiving specific treatment. But three months later, she told her doctor she had stopped taking turmeric, after she read on the internet about a possible link to liver problems.

When the authors of the new report reviewed 35 previous studies of turmeric supplements in people, they found that about 5 percent of participants in those studies experienced liver problems tied to the supplements. It may be that some patients, such as older adults or those who consume alcohol, are more prone to these problems tied to supplements.

Still, the authors said that it's unclear whether turmeric compounds were indeed responsible for the liver problems in the woman's case. A sample of the product was not available to test, but it could be that contaminants in the product, rather than the turmeric itself, triggered the condition, the report said. Or, it may be that the combination of turmeric and other medicines and supplements that the woman was taking led  to the condition.

Still, the new case "highlights the importance of discussing DS [dietary supplement] use," particularly among older patients, who may be taking multiple drugs and are also at greater risk of liver problems, the report said.

The NIH recommends that patients tell their health care providers, including their doctors, pharmacists and dietitians, about which dietary supplements they are taking so that they can discuss what's best for the patients' overall health.