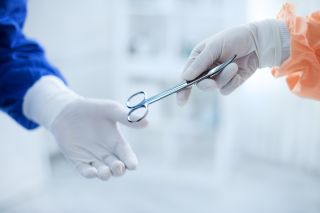 Just seven types of emergency surgery account for 80 percent of the total costs, deaths and complications of all emergency surgeries in the U.S., according to a new study published in the journal JAMA Surgery.

These seven emergency surgeries tend be on done on patients who are considered "high risk," the study said. Because of this, the chance of complications is high, the researchers said. [Full story: Unlucky 7? Emergency Surgeries Usually Mean These Operations]

The researchers focused on a type of surgery called "general surgery."

While general surgeons can operate anywhere in the body, hernia, gallbladder, colon and breast surgeries are among the most common general surgery operations, said Dr. Stephen Cohn, the director of trauma surgery at Staten Island University Hospital in New York.

In the study, the researchers ranked the surgeries based on how "burdensome" they were on the whole, determined by the number of the procedures that were done, how much the operations cost, and the mortality and complications rates.

Read on to learn what the seven most burdensome types of emergency surgery are, and why people need them.

Ranking in the top seven most burdensome surgeries was abdominal exploration.

There were 9,418 operations to explore the abdomen between 2008 and 2011, the lowest number of procedures among the top seven surgeries, according to the study. The mortality rate for this type of surgery was 23.8 percent (the highest of any surgery on the list), and the complication rate was 40.2 percent. The average cost was $21,963.

That's because surgeons frequently have to open the abdomen in order to find the cause of a person's problem, and in most cases, the problem is identified and the surgeon can then fix it, Shah said. So the operation isn't entered into records as a laparotomy, he said. For example, a surgeon may go in and find that the patient has a problem with their large intestine, and then fix that problem.

Therefore, the number of operations and the rates of mortality and complications given in the study are likely referring to scenarios in which the surgeons were unable to identify the problem, Shah said. The high rates of mortality and complications for this procedure may indicate that these patients were very sick when they had the surgery, he added.

Coming in as the sixth-most-burdensome emergency general surgery is in the U.S. were surgeries to remove the appendix.

There were a whopping 684,043 appendix removals in the U.S. between 2008 and 2011, the most of any among the top seven, according to the study. The mortality rate for this type of surgery was 0.08 percent (the lowest of any surgery among the top seven), and the complication rate was 7.3 percent. The average cost was $9,664.

Surgeries to remove a person's appendix, operations also called appendectomies, were the most common emergency surgeries, but they also had a very low mortality rate, according to the study.

Appendectomies are required when a person has appendicitis, or inflammation of the appendix. If the inflamed appendix ruptures, it can be life-threatening, so removing the organ is necessary, according to the National Institutes of Health (NIH).

Appendicitis is most often caused by a blockage to the appendix, according to the NIH. This blockage may be caused by feces, a foreign object or, in rare cases, a tumor, the NIH said.

Removal of scar tissue from the abdomen

In fifth place, were emergency surgeries to remove scar tissue from within the abdomen.

There were 102,856 operations to remove scar tissue or an adhesion from within the abdomen in the U.S. between 2008 and 2011, according to the study. The mortality rate for this type of surgery was 1.6 percent, and the complication rate was 28.1 percent. The average cost was $17,387.

Typically, people need this type of surgery if something is blocking their small intestine, Shah said.

The most common reason for an obstruction actually stems from previous surgeries — namely, scar tissue, Shah said. This tissue can cause kinks in the small intestine, obstructing it, he said. (Think of when a hose gets a kink and water can no longer flow through it.)

A number of different surgeries can lead to abdominal scarring, such as an appendectomy, or a tubal ligation surgery (the procedure in which a woman's fallopian tubes are tied to prevent future pregnancies), Cohn told Live Science. (Unfortunately, there's no way to prevent scarring from surgery, he added.)

The symptoms of a blocked small intestine come on quickly, Shah said. A person's abdomen may become distended, or swollen, and he or she will be vomiting and unable to have bowel movements, Shah said.

In most cases, fixing these obstructions can be done by simply removing the scar tissue that's causing them, he said.

Stomach-ulcer surgery was the fourth-most-burdensome emergency general surgery in the U.S., the researchers said.

There were 31,572 operations to repair stomach ulcers between 2008 and 2011, according to the study. The mortality rate for this type of surgery was 6.8 percent, and the complication rate was 42 percent. The average cost was $27,096.

Surgery on stomach ulcers, as well as ulcers that occur in the top part of the small intestine, are much less common than they used to be, Shah said.

It used to be that surgery was required if an ulcer was bleeding or if an ulcer had become perforated, Shah said. Now, surgery is typically only needed in the second case — perforation, he said. Bleeding ulcers can be treated using an endoscope (a flexible tube with a camera attached that can sometimes be used in surgery), though in some cases, surgery is required, he said.

The complication rate is high for this surgery because if an ulcer does become perforated, very bad outcomes are possible for the patient, Shah said.

In third place, is surgery to remove the gallbladder.

Gallbladder-removal surgery, or cholecystectomy, was the second-most-common type of emergency surgery (behind appendix removals).

People need to have their gallbladders removed if a gallstone (a small stone made of either cholesterol or bilirubin, a chemical found in bile) blocks the bile the duct, Shah said. (This duct is the tube that carries the bile produced in the gallbladder to the liver.) When this happens, the gallbladder can become infected, and surgery is the only way to fix the problem, he said.

In some cases, patients can schedule gallbladder-removal surgery (and so then, it's not considered emergency surgery), Shah said. For example, doctors may be able to treat an infection with antibiotics and schedule the surgery for a later date, he said. Or, if a person has gallstones from time to time, a doctor may recommend surgery to prevent any future problems, he said.

But having these stones doesn't mean that a person needs to have the gallbladder removed, Shah added. People can have gallstones for their entire lives and never know it, he said. The stones pose a problem only if they block the duct within the gallbladder, he said.

Removal of a part of the small intestine

The second-most-burdensome emergency operation in the U.S. was surgery to remove a part of the small intestine.

There were 78,478 operations to remove a part of the small intestine between 2008 and 2011, according to the study. The mortality rate for this type of surgery was 6.5 percent, and the complication rate was 46.9 percent. The average cost was $28,450, making this the costliest among the top seven surgeries on the list.

This type of surgery is often required for the same reason as surgery to remove scar tissue from the abdomen: something is causing a blockage in the small intestine.

But in some cases of small-intestine obstruction, the damage is so severe that removing the scar tissue isn't enough to fix the problem, Shah said. Rather, surgeons have to remove a section of the intestine and re-attach the two ends, he said.

Indeed, in severe cases of small-intestine obstruction, the tissue in the blocked section of small intestine actually dies because blood cannot flow to it, Cohn said. [11 Surprising Facts About the Digestive System]

Removal of a part of the large intestine

The most burdensome emergency surgery in the U.S. was surgery to remove a part of the large intestine.

There were 138,992 operations to remove a part of the large intestine, also called the colon, between 2008 and 2011, according to the study. The mortality rate for this type of surgery was 5.3 percent, and the complication rate was 42.8 percent. The average cost was $27,559.

These are a lot of reasons a person might need emergency colon surgery, Shah said.

The most common is a condition called diverticulitis, or an infection that occurs in a small pocket of the intestine, Shah said. Most of the time, these infections don't require surgery — they can be treated with antibiotics, he said. But in some cases, the infected pouches can rupture, and surgery is required to remove the infected part of the colon, he said.

Another common reason that people may need emergency colon surgery is a symptom called volvulus, Shah said. This means that the large intestine has twisted on itself, causing a blockage, he said.