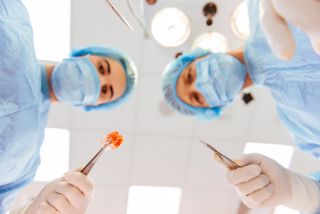 Just seven common operations account for the vast majority of emergency surgeries performed in the U.S., a new study finds.

The researchers focused on a broad category of operations called general surgery, which includes a wide-range of surgeries, many of which are performed on the abdomen. General surgery generally does not include heart, vascular, obstetric or endoscopic surgery. [Full list: These 7 Surgeries Take the Biggest Toll]

General surgeries that were considered emergency procedures accounted for 11 percent of all surgeries and 50 percent of surgical deaths in the U.S. over a four-year period, the authors wrote in the study. The research was led by Dr. John Scott, a general surgery resident at Brigham and Women's Hospital in Boston.

In the study, the researchers used information on over 420,000 operations that were performed from 2008 to 2011. The information came from a national database on emergency surgeries. The researchers included the 35 main types of emergency surgery in their analysis. For each type, the investigators looked in the dataset at the number of surgeries, cost, mortality rate and complication rate, and used the data to estimate the totals for the U.S. for the study period. The researchers then used these factors to rank how "burdensome" the surgeries were on the whole.

The researchers found that the average mortality rate for all emergency surgeries was 1.2 percent, the average complication rate was 15 percent and the average cost per surgery was $13,241, according to the study.

However, the researchers also found that just seven types of surgeries accounted for around 80 percent of the total cost, mortality rate and complication rate. These surgeries were considered the most burdensome. Those surgeries were:

Just because a surgery made the list, however, doesn't mean that operation is particularly risky. Some of the surgeries on the list were performed very frequently and had a low rate of complications, whereas others were performed less often but had a high rate of complications, said Dr. Paresh Shah, the chief of general surgery at New York University Langone Medical Center, who was not involved in the study.

Appendix removal, for example, has a very low mortality rate (less than 0.1 percent). It made the list of the most burdensome surgeries because over 680,000 appendix removals were performed in the U.S. over the four-year period, according to the study. [Social Surgery: A Galley of Live-Tweeted Operations]

Stomach-ulcer surgery, on the other hand, is much less common, with about 31,500 operations over the four-year period, but a mortality rate of 6.8 percent.

All of the top surgeries listed typically involve some sort of rupture or perforation in the intestines or stomach, Shah told Live Science. This type of problem can often result in a serious infection, such as an infection in the blood, he said.

In the study, the researchers noted that people who need emergency surgeries are typically the sickest patients. These individuals have a high risk for complications or death. Indeed, patients who have emergency surgeries are eight times more likely to die after the operation than are patients who have the same procedures but who had planned the operations in advance, the study said.