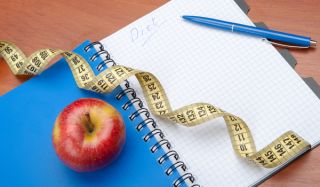 A low-carb diet focuses on cutting carbohydrates from a person’s diet. Many people think of low-carb as a fad diet, but it has been around for decades, and many have made this diet their lifestyle. While it can help some lose weight, it can also deprive the body of needed nutrients if taken to extremes.

Carbohydrates are the starches, sugars and fiber found in fruits, vegetables, grains and milk products. They are macronutrients, meaning they are one of the three main ways, in addition to proteins and fat, the body obtains energy, or calories, said Paige Smathers, a Utah-based registered dietitian. The American Diabetes Association notes that carbohydrates are the body's main source of energy.

While other diets may monitor calories or grams of fat, low-carb dieters track the net carbs found in foods. The goal of carb limitation is to burn off the body’s fat stores.

History of the low-carb diet

The low-carb diet trend started in 1972 with the book "Dr. Atkins' New Diet Revolution" by cardiologist Robert Atkins, according to the Mayo Clinic. It was dubbed the Atkins’ Diet and found massive popularity around the world.

The book, which has been updated and revised several times, became the bestselling diet book of all time, according to an article published by the British Medical Journal. The diet has been detailed in many other books, as well.

Recent incarnations of the low-carb diet include the Zone Diet, Paleo Diet and Eco-Atkins, but they all have similar goals.

Benefits of a low-carb diet

Low-carbohydrate diets, according to Fitzgibbon, are used to treat or prevent some chronic diseases and conditions, including heart disease, diabetes, hyperinsulinemia and obesity. Many studies have been done on the benefits of this type of diet, and many are positive.

For example, a study published in the New England Journal of Medicine found that subjects who ate a low-carbohydrate diet lost more weight than subjects on a conventional diet for the first six months. Another study by the University of Pennsylvania Medical Center found that research subjects with a high prevalence of diabetes or metabolic syndrome lost more weight during six months on a carbohydrate-restricted diet than on a calorie- and fat-restricted diet. The test subjects also had an improvement in insulin sensitivity and triglyceride levels, even after the findings were adjusted to account for weight lost.

Problems with the low-carb diet

Though the low-carb diet works for many, it does have flaws. The biggest flaw is that it often cuts out healthy carbs as well as unhealthy carbs and replaces them with high fat meats, cheese, fish and poultry.

“There is widespread agreement and good scientific support that processed carbs (white flour-based cakes, cookies, breads, candies, etc.) are unhealthy," said Dr. Dana S. Simpler, an internist that practices in Baltimore, Maryland. "Cutting these out of any diet is a great idea."

"However, the best supported evidence is that diets rich in unprocessed carbs are extremely healthy," Simpler said. "Unprocessed carbs are fruits, beans, legumes, whole grains, potatoes that are not fried or covered in butter/sour cream, and whole grain breads and pastas." Eating a low-carb diet can lead to what Simpler calls TOFI (thin on the outside, but fat on the inside).

Eating an unlimited amount of fat and meat and just restricting carbs is a dangerous practice that many health professionals criticize the Atkins Diet for advocating. Studies have shown this approach to be very unhealthy. For example, researchers from the University of Alabama at Birmingham found that obese rats fed a high-fat, low-carb diet had more deadly heart attacks than obese rats fed a low-fat diet.

Some people may also take carb cutting to extremes. The body needs carbohydrates. Carbs are used to make energy. The body needs fiber provided by carbs for proper digestion, colon health and insulin regulation. According to the University of Illinois the central nervous system, the brain, the kidneys, the muscles and heart also need carbs to function properly.

Cutting carbs can be healthy, as long as the right carbs are cut and at healthy levels. First, dieters should consider what they are cutting. Processed, fried and sugary items should go, while legumes, beans and whole grains should remain a part of a healthy diet.

To avoid cutting too many carbs, Dr. Liz Weinandy, an outpatient dietitian at the Ohio State University Wexner Medical Center, suggests reducing carbs to around 100 to 150 grams (3.5 to 5.29 ounces) per day or 35 to 40 percent of total calories. “A lot depends on the individual, of course, and their activity level, age and ability to metabolize carbohydrates,” said Wexner. For example, a woman who normally consumes around 1,400 calories a day would only need around 125 grams (0.035 oz.) of carbs a day. Cutting more can lead to low energy levels and increased hunger.