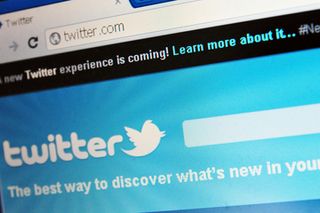 To see how happy city dwellers are, it may help to look at the photos they post on Twitter, according to researchers who recently won one of Twitter's first #DataGrants.

By analyzing 1 million photos tweeted over a period of one year, researchers are planning to measure the "moods" of some American cities. The team, including researchers at the University of California, San Diego, and the City University of New York, will correlate the Twitter image data with other sources of happiness data, such as the Gallup Poll results.

The project is one of the six winners of the Twitter #DataGrants program, which gives researchers access to Twitter datasets. One of the project's highlights will be an analysis of selfies that people post on Twitter, to see whether, for instance, people who live in "happier" cities tend to post more selfies, and whether they smile more while taking self-portraits. [10 Technologies That Will Transform Your Life]

"The grant gives access to any part of Twitter historical data, going back to 2006," said project co-author Lev Manovich, a professor of computer science at the CUNY Graduate Center.

The researchers will focus on images, as opposed to the words, in tweets. "We believe that images may transcend the limitations of language," the researchers wrote in the proposal.

"Images will give us more objective measures [of happiness]" than words, because words may be subject to interpretation to a greater extent than images, which tend to be more universal as a means of communicating information than words, Manovich said. "The same words can mean very different things in different contexts," he told Live Science.

Manovich has previously done research on social network images; for instance, this year he published a study of 3,200 Instagram selfies in six cities. And last year, his team analyzed and visualized 2.3 million Instagram photos from people in 13 cities.

Previous research based on the wording of tweets has measured happiness in different geographic locations, the researchers wrote in their proposal. "We can therefore use tweets to estimate the 'happiness' of different geographic regions as an alternative to traditional surveys, but with tweets we have significantly higher geospatial and temporal resolution," they wrote.

Other recipients of the remaining five Twitter #DataGrants will use the data in research projects related to health, environment, disaster response and sports. For instance, researchers from Harvard Medical School and Boston Children’s Hospital will use Twitter data to monitor foodborne, gastrointestinal illness.

Last week Twitter also announced it had acquired Gnip, a company that sells data from social media networks to other companies. "As we welcome Gnip to Twitter, we look forward to expanding the Twitter #DataGrants program and helping even more institutions and academics access Twitter data in the future," Raffi Krikorian, vice president of platform engineering at Twitter, wrote on the social network's Engineering Blog.