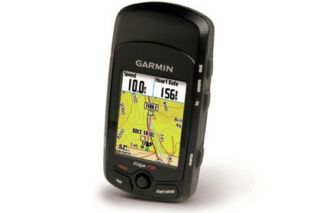 Cadence sensors are a must for bikers and cyclists who want to maximize workout results. These devices allow cyclists to measure energy output in the form of rotations per minute (RPM), akin to a speedometer or pedometer. Many users have attempted to use the pedometer as a way of measuring distance, speed or even effort when cycling, but such a sensor proves inadequate in gauging data during cycling training.

Cycling is a relatively easy sport, with three controllable factors: heart rate, front and rear gears and pedal cadence. Pedal cadence is measured as pedal revolutions per minute. When riding on- or off-road, cadence is subjected to your overall speed, which is determined from force of effort (heart rate) and the gear choice to determine how fast or slow the gears spin.

Measuring cadence through the use of a sensor is rather important for individuals that view cycling as more than a simple hobby, and it is part of the quantified self movement. Elite cyclists are known to pedal faster than beginners, and they do this by developing muscle and endurance through controlled cadence. Pedaling slowly (typically 60-70 rpm) causes the lowest level of muscular fatigue, whereas higher cadence creates better results for endurance training and muscle building. Measuring the rpm of pedaling is only feasible through the use of a cadence sensor.

The design of the cadence sensor

A cadence sensor is a relatively small set of three devices that easily mount to the bike. It first uses a spoke magnet and cadence magnet placed on either side of the electronics pod that mounts to the bike frame itself. The pod contains two magnet sensors to capture both speed and cadence. Each time the magnet passes the pod, it registers the rotation. The result is a sensor that works much like as a speedometer.

Older sensors made use of attaching a magnet to the spoke of the front or rear wheel and a sensor placed on the fork of the frame. The sensor detected when the magnet passed each rotation. Since then, cadence sensors came into use due to more accurate readings. [Related: Can Health Tracking Apps Spur Risk-Taking?]

Cycling sensors can provide a wide range of information, but in most all cases you have the choice of three different devices:

Each device utilizes a different ANT+ “profile” type, which is meant to indicate what device supports a sensor type. ANT+ is a standard for wireless technology used in monitoring devices. ANT+ profiles and device types are a form of classification, or a standard used to identify a device. For example, ANT+ heart rate straps have an HRM device profile. Thus, having a profile supported by ANT+ device is imperative in being able to use a cadence sensor, or rather, being able to use a display next to the bike handle. The speed/cadence combo is among the oldest and most widely used of cycling sensors and is supported by most every ANT+ device. The speed-only and cadence-only sensor types, however, are newer and thus less supported.

While the majority of cadence sensors are offered as separate attachments to the bike, some bikes contain frame-integrated sensors. The wiring of the bikes allow for the use of an attachment sensor that consists of a single pod. The pod itself attaches to the bike at a specified point and draws data from the wiring attached to the bike’s existing sensors.

Several companies offer bike GPS units that allow cyclists to monitor their heart rate, count calories and track stats. The best units, according to LiveScience's sister site, TopTenReviews.com, are various products by Garmin, including the Edge 705, Edge 800 and Edge 500.

For the Latest Information on the Quantified Self Movement, Visit: