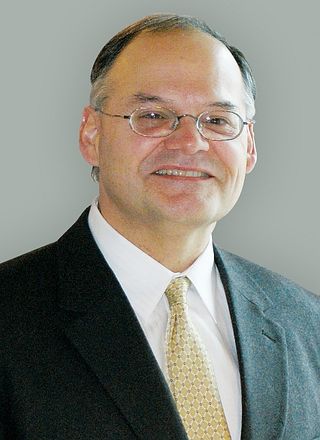 Building on a foundation of computer science, Raul Valdes-Perez has been able to successfully transition from research, to entrepreneurship, to the book circuit in a span of just two decades. Valdes-Perez earned his computer science Ph.D. at Carnegie Mellon University under the advisement of Nobel Laureate Herbert A. Simon, and later became a member of that faculty (where he remains as an adjunct associate professor). His career took a new path in 2000 when he co-founded the business software company Vivisimo, which presented a unique, nested search capability for analyzing data and content. He guided the company until its recent acquisition by IBM. Now, he has authored a book that shares some of what he has learned: Advice is for Winners: How to Get Advice for Better Decisions in Life and Work, which he has paired to a blog. Among many accolades, Valdes-Perez was named a top-ten reader favorite for Entrepreneur of the Year by Inc. magazine and was named one of the 100 Most Important Hispanics in Business and Technology by Hispanic Engineer magazine for three consecutive years. Through his career, he received seven research grants from the National Science Foundation and authored 50 journal articles and book chapters in computer, natural and social science. Valdes-Perez answers the ScienceLives 10 Questions below.

I dabbled in pre-law, psychology, economics, math and civil engineering as majors, but in computer science I finally found something I was good at. Thank goodness somebody had invented computers and invented the field. Artificial intelligence, my subfield, combined my interests in language and in human phenomena, and also let me build things, which is what appealed to me — in the abstract — about civil engineering.

For me, advice must take account of your circumstances, goals and constraints; otherwise it’s not really advice, but principles, methods and examples. My most memorable advice concerned how best to go about raising investment capital while I was Vivisimo’s CEO, some years after co-founding it as a spinoff from Carnegie Mellon. My best principles were taught to me by the late Herbert A. Simon, my advisor as a grad student at Carnegie Mellon. For example, in response to my question, he explained how you can always view things within one framework or within another; the question is which framework will be most fruitful in terms of the actions that the framework leads you to pursue. Adolf Grunbaum, a philosopher of science at the University of Pittsburgh, taught me and all his students how to identify faulty reasoning, which has been very valuable to me in life and work.

I had zero interest in science as a child. I liked to read, go outside, play sports, watch sports, and play chess.

I love the challenge of making something out of nothing while living by your wits. There are various outlets for such people: become an explorer (which is limited these days), an entrepreneur (always opportunities there), an artist or a researcher. The beauty of being a computer science researcher is that you make something out of nothing and it actually runs and does something interesting or useful, and you get constant feedback and gratification along the way.

A researcher deals with constant uncertainty (“Will this lead anywhere?”) and research takes a long time. So a researcher must be persistent while being comfortable with ambiguity and delayed gratification.

My doctoral, faculty and startup company research always centered on how programs could reason and reach useful conclusions from data. Such software is used directly by people to discover insights, which benefit society by making people more productive.

Without a doubt it was Herbert A. Simon, with whom I was associated for 15 years, the first five as his doctoral student. I learned so much from meeting with him for an hour weekly or every two weeks, talking about a spectrum of topics, that I asked him after I finished my Ph.D. if we could continue to meet monthly; we did so for another ten years. After he passed away, I had the honor of putting together some of his advice, which I had taken notes about during a lecture many years ago and saved, in the form of an article for a memorial volume on his body of work.

Since science is so successful at taming the world, most people think that science deals with certainty. I think non-scientists would be surprised at how often researchers at the forefront of science, trying to come up with new knowledge, disagree with each other.

The whole place might burn down before I figured out what to rescue, because all my work gets embodied as information, which is stored, published or backed up somewhere else. I guess it would be my laptop, to spare me the inconvenience of waiting for a newer model to be delivered in a couple of days.

I like dance music. It stimulates me in ways that programming computers, web work and email do not.