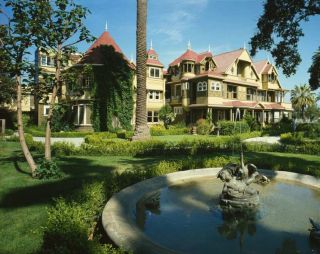 McMansions Spread from Suburbia to Cities

A new survey of American cities found that two-thirds of the largest cities in the U.S. are reporting the appearance of these oversized homes—often occupying as much land that several typical city homes would—within the city limits.

The number of McMansions is still larger in suburban communities, about one in five of America's largest cities reported 30 or more McMansions within their boundaries, creating a regulations conundrum for local lawmakers.

"The phenomena of McMansions may represent a sea change in which residents with money are moving back into cities and older suburbs, rather than building new homes far from the central city," said survey leader Jack Nasar of Ohio State University.

While there's no official definition of a McMansion, Nasar said his research suggests that the ratio of the size of the house compared to neighboring houses make the biggest difference to residents. In other words, neighbors might not appreciate the large new intruder towering over their more modest abode.

If you don't live next door though, you may appreciate the rise in home values, Nasar added.

City officials may also have mixed feelings about the appearance of McMansions in their communities—while they might feel that the giant homes clash with the character of the neighborhood, the larger house could bring additional tax revenue to struggling areas.

Some cities have enacted regulations to limit the size of houses, most commonly by limiting building height.

"Many communities have been looking for a way to deal with McMansions," said Nasar's colleague Jennifer Evans-Cowley, also of Ohio State. "The issue is really about changing the character of a community. Most people don’t mind if a neighbor builds a new addition that fits with the original house. But if you tear down a house and build a huge home that doesn’t fit in with the rest of the neighborhood, that’s when there are problems."

The results are detailed in the current issue of the Journal of Urban Design.