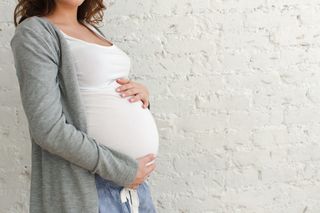 Women undergoing fertility treatments may be at an increased risk of a dangerous pregnancy condition called peripartum cardiomyopathy.

But the heightened risk is not likely to be related to the treatments themselves. Rather, researchers say, factors that contribute to infertility may also make this type of heart failure more common.

In new research presented Saturday (May 25) at the Heart Failure 2019 conference in Athens, Greece, German researchers reported that women undergoing fertility treatments had a risk of peripartum cardiomyopathy five times that of women who got pregnant without fertility treatment. However, infertility did not seem to affect the patients' recovery from peripartum cardiomyopathy, according to their research, which has yet to be published in a peer-reviewed scientific journal. [18 Ways Pregnancy Changes Your Body Forever]

Peirpartum cardiomyopathy is a kind of heart failure that occurs during pregnancy or within a few months of birth. The condition affects about 1 in every 1,000 to 4,000 pregnancies resulting in live births, according to a 2016 article in the journal Circulation. Most women recover, but peripartum cardiomyopathy can be fatal. A 2015 study published in the journal Obstetrics & Gynecology found that the condition was responsible for 23% of maternal deaths in California between 2002 and 2005.

"We still argue about knowing what the cause of peripartum cardiomyopathy is," said Dr. Ileana Piña, a cardiologist at the Albert Einstein College of Medicine, who was not involved in the research. There are certain risk factors, Piña told Live Science, including being of African American descent and having more than one pregnancy.

In the new work, medical student Manuel List and colleagues of the Hannover Medical School in Germany collected data on 108 patients with peripartum cardiomyopathy in their clinic. Researchers tested the patients' blood for molecular markers of infertility and then compared these cardiomyopathy patients with 24 pregnant patients without cardiomyopathy. [9 Conditions That Pregnancy May Bring]

Thirty-two percent of the patients with peripartum cardiomyopathy reported trouble conceiving. Thirteen percent required assistance conceiving, with most assistance coming in the form of in vitro fertilization, followed by hormonal treatments.

In the general German population, 20% of those trying to conceive experience infertility issues and 2.6% of babies are conceived with assistance.

The researchers also observed alterations in plasma markers of infertility in the cardiomyopathy patients with infertility.

A portion of the apparent link between peripartum cardiomyopathy and infertility could be that women undergoing infertility treatments tend to be older than those who get pregnant without assistance, study co-author Denise Hilfiker-Kleiner, the dean of research in molecular cardiology at Hannover Medical School, said in a statement. Infertility treatments also result in more twin or multiple pregnancies, she said, which carry an increased risk of peripartum cardiomyopathy, also known as PPCM.

"We also think there may be genetic alterations that predispose women to both subfertility and PPCM, but these analyses are ongoing," List said in the statement. "So far, there is no clear evidence that hormonal treatment, which is usually part of fertility therapy, increases the risk of PPCM."

The results suggest that women undergoing fertility treatment should be particularly cognizant of the symptoms of PPCM. These symptoms can mimic pregnancy symptoms, so they are sometimes missed, Piña said. They include swelling in the feet and legs that doesn't go away when the limb is elevated, shortness of breath and fatigue. A doctor looking for the condition will check for fluid in the lungs, according to the American Heart Association.

About a third of patients with peripartum cardiomyopathy recover completely with treatment, Piña said. In about a third of cases, the condition is fatal. The remaining patients survive but never recover full heart function, in which case doctors advise against getting pregnant again, Piña said, as a recurrence of the disease can create more heart damage.

"Just be alert, be aware, don't discount symptoms," she said.