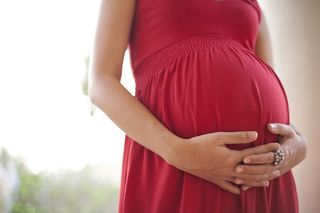 More than three decades ago, researchers successfully combined sperm and egg in a lab dish to produce the first children born from in vitro fertilization (IVF), sometimes referred to as "test tube babies." Although the technique seemed futuristic at the time, it has since become commonplace, and has now been used to conceive an estimated 5 million children worldwide.

As technologies continue to advance, experts predict fertility treatments will become better, cheaper and more widespread in the next decade and beyond. In addition to helping infertile couples conceive, such treatments could become a common way for women to extend their fertile years, or for couples to avoid passing on serious conditions to their children.

However, such treatments raise a number of ethical issues, including the idea that parents may be able to select certain desirable traits in their children. Experts say guidelines should be created today to prevent ethical problems in the future. [5 Myths About Fertility Treatments]

"Today it's very important to lay a foundation for what our expectations and acceptable standards will be, as a medical profession and as a society," said Dr. Britton Rink, a maternal fetal medicine specialist at Ohio State University Wexner Medical Center.

Here are seven ways fertility treatments could change in the near, and far, future

One technology that's already been used today, but will likely become more widespread in the future, is screening of embryos created by IVF before they are implanted to check for genetic abnormalities. Such abnormalities, including extra chromosomes or additions of large sections of DNA, can increase the risk of pregnancy failure (when the embryo does not implant) and miscarriage. Newer screening technologies can detect more of these genetic abnormalities, said Dr. Bala Bhagavath, of the Strong Fertility Center at the University of Rochester Medical Center in New York.

Currently, about 40 to 45 percent of women under age 35 who undergo a single cycle of IVF in the United States become pregnant, Bhagavath said. "We wanted to know, what would lead to 100 percent success?" Bhagavath said. Genetic screening before implantation "is bringing us closer," he said.

Right now, such screening is performed only in select cases, such when the woman has had multiple miscarriages. But as the cost and resources required for the screening go down, it will likely become more common, Bhagavath said.

More women will freeze their eggs

Although egg freezing has been around for many years, it wasn't until recently that researchers came up with a way to freeze eggs that does minimal damage to them.

In the past, eggs were frozen slowly, but because egg cells contain a lot of water, the water would form crystals during the freezing processes that damaged the cell structure, Bhagavath said.

But a new technique, perfected in the last five years or so, allows eggs to be frozen so quickly that crystals do not form. In 2012, the American Society for Reproductive Medicine declared egg freezing no longer experimental because eggs frozen with the new technique, called vitrification, are similar to fresh eggs  in terms of their ability to lead to pregnancy (if the eggs are frozen at a young age).

In the future, it's a real possibility that for women in their early 20s, egg freezing will be a normal thing to do, Bhagavath said. As women grow older, the chances that their eggs contain chromosomal abnormalities goes up, but egg freezing allows women to preserve the fertility they had when they were younger, said Dr. Tomer Singer, a reproductive endocrinologist at Lenox Hill Hospital in New York City. [Will Egg Freezing Be the Future of Fertility?]

In February, the Food and Drug Administration debated whether to allow trials of so-called "three-parent" embryos in people. The procedure is intended to prevent women from passing on diseases that are carried by the mitochondria, the "powerhouse" of the cell that contains its own DNA. Mitochondrial diseases can cause a number of serious conditions, including seizures, muscle weakness, hearing loss and vision impairment, Rink said.

The method involves taking the DNA from the nucleus of an egg from woman with a mitochondrial disease, and putting it into the egg of a second woman, who has healthy mitochondria, and then fertilizing the egg with a man's sperm.

"Mitochondrial diseases are devastating and any potential technique to avoid their transmission would be wonderful," Rink said. However, caution is required going forward because scientists don't have a good understand of the long-term outcomes of manipulating embryos in this way, Rink said. People who undergo the procedure will need to be informed of the potential risks and benefits, she said.

Fertility treatments will use less hormones

IVF requires women to receive daily hormone injections for nearly two weeks to stimulate the ovaries to produce more than the usual number of eggs. Side effects of the treatment can include bloating, abdominal pain, mood swings, headaches and bruising from repeated injections, according to the National Institutes of Health.

But an experimental procedure called in vitro maturation (IVM) uses much lower doses of hormones with fewer injections, and can obtain eggs more quickly, Singer said. The reason for the difference between the two procedures is that IVF requires eggs to mature in the ovaries of the woman, but IVM takes the eggs out early, before they are mature. Researchers then uses techniques to mature the egg in a lab dish.

With fewer hormones needed, IVM is cheaper, does not have some of the side effects of IVF and requires fewer visits to the doctor, Singer said.

About 1,000 babies have been born with IVM worldwide, Singersaid. Currently, eggs obtained through IVM don't result in pregnancy as often as with IVF, so researchers are working on ways to improve the method, Singer said.

As researchers identify more and more genes for diseases, the genetic screening of IVF embryos "is going to take a whole new direction," said Dr. Avner Hershlag, chief of the Center for Human Reproduction at North Shore University Hospital in Manhasset, New York. Doctors could screen for a slew of genes, including those that increase the risk of cancer, or that are shown to prolong life, Hershlag said.

Doctors already can screen for the BRCA1 and BRCA2 genes, which significantly increases the risk of breast and ovarian cancer, and some fertility clinics have screened BRCA carriers to select embryos without the gene.

"Hopefully, we will increasingly [find] more and more genes that code for the rest of those cancers so that we can prevent cancer, one of the major killers," Hershlag said.

It could be decades before researchers know if the method works in humans and is safe. But the findings raise the possibility that "women who have run out of eggs and men who don’t make sperm may now be able to make new eggs or sperm from stem cells," Hershlag said.

Womb transplants will be an option

Earlier this year, doctors in Sweden said that they had performed uterus transplants in nine women who were either born without a womb, or had their womb removed due to cancer. The wombs were donated to the women from living relatives. The women cannot become pregnant through intercourse, but plan to undergo IVF. It remains to be seen whether the transplants will result in pregnancies.

Womb transplants may be used in select cases in the future, but Bhagavath said he did not think the procedure would become mainstream in countries in which surrogacy is allowed. The procedure requires women to take medications to prevent their bodies from rejecting the new organ, which can have serious side effects, including effects on the fetus, Bhagavath said.

Although use of genetic screening for embryos raises the possibility of "designer babies," experts say that the traits that many people would find desirable for their children, such as intelligence and athletic ability, are complex, and it will be many years before we understand which genes lead to a smarter or more athletic person, Rink said.

But it could happen someday, Rink said, so it's important to consider the ethical and legal implications of the technology, and develop guidelines for their use.

"And if we work though that, the technologies will hopefully bring healing and benefit to those who need it," Rink said.