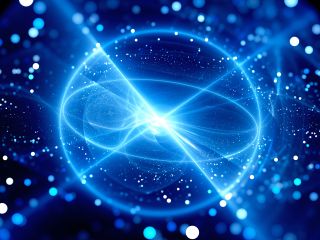 The 17-mile (27 kilometers) underground ring near Geneva recently discovered two baryons and a hint of another particle, according to a statement from the European Organization for Nuclear Research (CERN), which runs the LHC. Baryons are fundamental subatomic particles that are each made up of three quarks. The quarks, in turn, are even smaller particles that come in different "flavors": up, down, top, bottom, strange and charm.

Each type of baryon has a different mix of quarks. Protons, for example, are baryons and consist of two up quarks and one down quark apiece, according to the statement. The two newly discovered particles are classified as bottom baryons. [7 Strange Facts About Quarks]

The LHCb (b stands for beauty) experiment found these particles by smashing together protons and looking at the background rate of certain particle decay events. The experiment sought "bumps" or spikes above that rate, which could indicate signals of previously unknown particles, according to the statement.

Similar particles were observed in a prior experiment done at Fermilab in Illinois, but those particles differed in that they had less mass than their newly discovered siblings, according to the statement. The bottom baryons discovered at CERN are about 6 times more massive than protons, according to the statement. The "6097" number refers to their mass in million electron volts or MeV. (The mass of a proton is about 938 MeV).

As for the third potential particle, the researchers discovered only hints that it exists. Named Z sub c-(4100), this particle could be a weird meson, a type of unstable particle that briefly flits into existence during high-energy collisions and that consists of two quarks and two antiquarks.

The CERN collisions showed some evidence that this elusive meson exists, but the evidence was below the statistical threshold physicists use to claim "discovery" of a newfound particle.