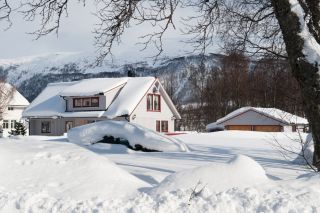 Winter weather can come with a slew of health risks, ranging from heart problems to injuries from slips and falls, but those slick and snowy days can also keep people from getting to the hospital.

In a new study from Boston hospitals, researchers found that hospitals admissions vary on snowy days, decreasing for certain conditions, such as heart problems, while increasing for others, such as frostbite.

"With global climate change, major snowstorms may become more frequent and severe," lead study author Jennifer Bobb, a biostatistician at the Group Health Research Institute in Seattle, said in a statement. Bobb worked on the study when she was a postdoctoral researcher at the Harvard T.H. Chan School of Public Health.

In the study, the researchers analyzed data from more than 433,000 adults who were hospitalized in Boston at some point during the months of November to April from 2010 to 2015. They included patients at four hospitals — Beth Israel Deaconess Medical Center, Brigham and Women's Hospital, Boston Medical Center and Massachusetts General Hospital — for heart problems; cold-weather problems, such as frostbite; and injuries from falls or other causes.

The lag in hospital admissions for heart problems may result from patients' difficulties in getting to the hospital on heavy-snow days, the researchers said.

On days with moderate snowfall, however, admissions for heart problems were higher than on days without snowfall: Admissions increased by 3.7 percent on moderate-snow days compared with no-snow days. Perhaps people most at risk for heart problems stay indoors on days of high snowfall but venture outdoors on days of moderate snowfall, the researchers wrote.

Previous research has shown a link between heart problems and severe winter weather such as snowstorms; however, it's still unclear why this link exists, the researchers wrote in the study. Activities such as shoveling snow, which puts considerable stress on the heart, may play a role, they said.

Snowfall affected hospital admissions for other health problems as well, according to the study.