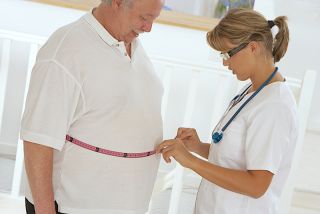 More than two-thirds of women and three-fourths of men in the United States are now either overweight or obese, according to a new study.

Participants were classified as overweight if their body mass index (BMI) was between 25 and 29.9, and obese if their BMI was 30 or higher. When compared with an analysis conducted nearly 20 years before this study, the results show that more people are now overweight and obese, said Lin Yang, an epidemiologist at Washington University School of Medicine in St. Louis and a co-author of the study, published today (June 22) in the journal JAMA Internal Medicine.

In that earlier study, which was based on NHANES data gathered between 1988 and 1994, researchers estimated that 63 percent of men and 55 percent of women age 25 and older were overweight or obese.

The new study also showed increases in the proportion of patients with BMIs of 40 or higher.

Yang said she sees the findings as a wake-up call to create policies designed to combat excessive weight gain and obesity, which burden the American health care system and society. [8 Reasons Our Waistlines Are Expanding]

"Overweight and obesity are associated with several chronic conditions, including hypertension, heart disease, type 2 diabetes, osteoarthritis and some cancers," she told Live Science. "A collaborative effort must be made across the board to stop this trend that is compromising and shortening the lives of many."

Doctors need to talk frankly with their overweight and obese patients, and comprehensive wellness programs need to be made accessible, she said.

In addition, more effort must be made to transform the physical environment in communities so that they are more conducive to healthy lifestyles. Steps to improve those environments include adding bike lanes and more pedestrian-friendly areas, Yang said. Employers could also help by making the work environment a less sedentary place, she added.

"Wealso know food choice and consumption contribute greatly to weight gain and obesity," Yang noted. "Not everyone has accessibility to affordable, healthy food. This needs to be addressed on a national level."