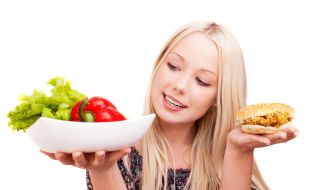 One reason why dieting is hard is that people make plans to change what they eat based on what they think, rather than how they feel, a new study suggests.

The researchers found that people in the study generally made plans to diet based on their thoughts, but these plans could fall apart when the participants were actually hungry because their feelings took over and drove their food choices.

The study shows that people's feelings don't seem to be involved in the process of planning to change eating behaviors, but they are very much involved when it comes to doing the actual behavior, such as deciding what to eat at a meal or order at a restaurant, said study co-author Marc Kiviniemi, an associate professor of community health and health behavior at the University of Buffalo School of Public Health and Health Professions in Buffalo, New York.

In fact, the researchers found that people's feelings are a very central piece in   predicting their actual diet, Kiviniemi said.

Unlike thoughts, such as the mental effort required to come up with plans to change a behavior, feelings happen automatically and get involved only when someone is doing the actual behavior. [10 Things You Didn't Know About You]

This creates a problem when people make plans to change their eating behaviors based on their thoughts alone and do not take their feelings about foods into account, Kiviniemi said.

He said this disconnect might partly explain why people can make great plans for losing weight but they don't actually execute them, as well as why a good chunk of the population says that they are dieting even as estimates suggest that more than 60 percent of Americans are either overweight or obese.

Many factors influence why people become overweight or obese, including food choices, activity levels, genetics and the environment, but in the new study, researchers examined the aspects of people's behavior that may lead to obesity.

In two separate experiments involving a total of about 300 people, the researchers looked at whether the decision-making factors people use to change their eating behaviors are the same ones they use to guide their actual food consumption.

The researchers asked men and women about their thoughts and feelings about eating specific foods, such as carrots or pizza, and categories of foods, such as high-fat foods or fruits and vegetables.

To measure the influence of feelings, they asked people to rate foods on a scale with words representing positive or negative feelings. For example, people were given the statement, "When I think about eating pizza, I feel…" and the participants could choose happy, sad or delighted.

The researchers used a similar question and rating system to measure people's thoughts, such as "When I think about eating carrots, I think of it as…" with options such as useful, beneficial and worthless. They also asked people about their current eating habits, and if they had plans to change these habits.

The results from both experiments showed that the factors that guide diet planning differ from those that guide actual diet behavior, according to the findings published in the May issue of the Journal of Health Psychology.

People's thoughts drive their plans to change eating behavior, such as deciding to lose weight, by making healthier food choices or increasing the amount of fruits and vegetables in the diet, the researchers found. But it's momentary feelings, such as a desire for a tasty, high-calorie food or negative associations with a food, that affect people's actual food choices.

How to change your eating

On a practical level, Kiviniemi suggested that people who are looking to lose weight, should "pick ways to change an eating behavior that a person associates with positive feelings."

For example, if someone wants to eat more fruits and vegetables, then that person should pick produce he or she likes and not just the ones that are considered the healthiest, Kiviniemi said. By selecting the foods a person enjoys and associates with positive feelings, a change in behavior becomes more likely over time, he explained.

"By pausing, people might catch the moments when their weight-loss goals and feelings don't line up," Kiviniemi said.