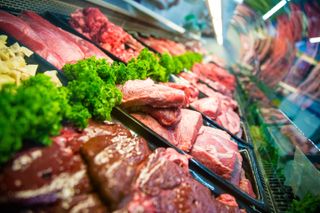 A nice juicy tenderloin might no longer be served with a side of guilt, at least in the health realm. Most people don't need to reduce their intake of red or processed meat for health benefits, unless they want to, according to a new set of guidelines from a group of international experts.

The guidelines, which were published yesterday (Sept. 30) in the journal Annals of Internal Medicine, contradict most other diet recommendations that typically advise people to eat less red or processed meat to reduce the risk of conditions such as cancer, diabetes and heart disease.

While "there's evidence of a risk reduction in cancer, heart disease and diabetes ... it's a very small risk reduction and the certainty of evidence is low," said Bradley Johnston, lead author of the guidelines and an associate professor of epidemiology at Dalhousie University in Nova Scotia, Canada. "So that means we're uncertain if there's actually a true effect."

Still, the guidelines are contentious and have been met with criticism from nutritionists.

The guidelines are based on new findings from four separate reviews that together analyzed results from dozens of studies and millions of patients. (The researchers focused only on the potential health hazards of eating red meat, not on environmental or animal harms.)

The reviews looked at "randomized control trials" — rigorous studies in which patients are randomly assigned to either a specific intervention, such as changing their weekly red meat intake, or a control group. The reviews also looked at a less rigorous type of study known as an "observational" study, which doesn't intervene in patients' lives but just records their natural habits and outcomes.

In the three other reviews that examined millions of patients in observational studies, the researchers found that if patients reduced their individual meat intake by three servings a week, they had a slightly lower risk of developing health conditions. But even so, it was a very "small effect," Johnston told Live Science.

Finally, they published a separate review on people's values and preferences surrounding eating red meat and discovered that people who find meat healthy and tasty are, perhaps not surprisingly, reluctant to give it up.

"Based on what we found — low-quality evidence and evidence that's uncertain — we made a weak recommendation for people to continue their meat consumption," Johnston said. A weak recommendation means that it's not broadly applicable to everyone, but rather that people should be making their own decisions based on the evidence, he added.

"We believe that authoritative organizations shouldn't be telling the public broadly what to do," he said. "Instead, based on the evidence, they should be aware of what their potential risk reduction is if it exists at all," and make their own decisions, he said.

It's estimated that adults in North America and Europe typically eat red and processed meat about three to four times per week, the authors said.

The recommendations are "sure to be controversial, but [they are] based on the most comprehensive review of the evidence to date," Dr. Aaron Carroll, the associate dean for research mentoring, and Tiffany Doherty, an assistant professor, both at the Indiana University School of Medicine who were not part of the reviews, wrote in an accompanying editorial. "Because that review is inclusive, those who seek to dispute it will be hard pressed to find appropriate evidence with which to build an argument."

Indeed, the guidelines have already sparked a backlash, prompting a group of nutrition scientists to sign a letter to the journal's editor, requesting that the review papers be held from publication pending further review, according to NPR. The nutritionists argue that the system that the new guidelines used for evaluating research — which gives more weight to randomized trials over observational studies — is better suited to assessing drug trials than studies on nutrition, NPR reported.

Currently, the American Heart Association, the American Cancer Society and the U.S. Dietary Guidelines recommend that people limit their consumption of red meat and processed meat.

"I didn’t find the study that compelling [or] robust," said Dana Hunnes, a senior dietitian at the Ronald Reagan UCLA Medical Center in Los Angeles who wasn't involved with the study. That is because the authors primarily reviewed studies that depended on patient reports or looked at brief points in time, which is not sufficient to understand how red meat will affect people in the long-term, she said. "I still believe that we should be cautious about eating red meat and specifically processed meats."

What's more, "we cannot condone eating red meat which is one of the most damaging foods to the environment," and we can't sustain a growing world population on a diet heavy in red meat, she added.

Editor’s Note: Johnston didn’t report any conflicts of interest in these studies; however, he was the senior author on a study published online in 2016 that advised people against eating less sugar. That study was funded by an industry group called the International Life Sciences Institute (ILSI), which the World Health Organization says is a group that advocates against public health recommendations in an attempt to advance the interests of its member companies, The New York Times reported.