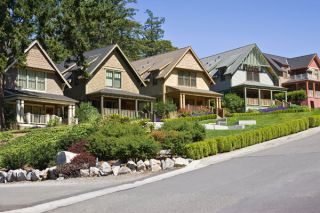 Moving out of a poor neighborhood may reduce a person's risk of developing a chronic disease, a new study suggests.

Women who moved from a poor neighborhood to one that was less impoverished were less likely to be obese or diabetic than women who did not leave, the researchers found in a study involving thousands of women in five U.S. cities.

The findings provide strong evidence that improving the environment of disadvantage communities can have an impact on people's health, said study researcher Robert Whitaker, a professor of public health and pediatrics at Temple University in Philadelphia.

To address the epidemics of diabetes and obesity in the United States, "society may need to make some investment to improve low-income areas," Whitaker said.

Simply trying to change people's behavior without changing their environments may not be a very successful strategy to fight these epidemics, Whitaker said.

The study is to be published tomorrow (Oct. 20) in the New England Journal of Medicine.

Whitaker and colleagues studied 4,498 poor women and their children who participated in a program called Moving to Opportunity. The participants lived in communities in Baltimore, Boston, Chicago, Los Angeles and New York where 40 percent or more of residents were at or below the poverty level .

Between 1994 and 1998, participants entered a lottery to receive a housing voucher. Based on the random lottery results, some received a voucher to move into a lower-poverty community – one in which no more than 10 percent of the residents were at or below the poverty level.

Records from Moving to Opportunity did not say how many of the women in the program were already obese or diabetic. The researchers tested all participants for obesity and diabetes between 2008 and 2010.

They found diabetes in 20 percent of the participants who had received no special assistance, compared with 15 percent of those who received the moving voucher.

The researchers said their data don't reveal exactly why the prevalence of obesity and diabetes was different between these groups. Participants in high-poverty neighborhoods could have had less access to healthy food and medical care, fewer opportunities for physical activity, and higher rates of stress and anxiety , Whitaker said.

Learning more about which aspects of a neighborhood can increase or decrease residents' risk of chronic disease may help public health officials determine how to best intervene in these neighbors to improve health, the researchers said.

Pass it on: Low income neighborhoods may increase the risk of obesity and diabetes.