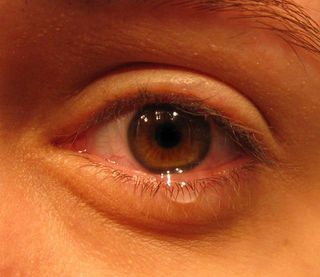 Photo taken by Ariadna. The morguefile contains photographs freely contributed by many artists to be used in creative projects by visitors to the site.

Years ago while observing a troop of Barbary macaques for behavioral research, I was surprised to see a new mother holding on to her obviously stillborn baby. She clutched the corpse to her chest and made soft cooing sounds, obviously in distress. More remarkable, she held on to that dead baby for more than a week as it began to decompose. Eventually, the mother showed up alone, but then it got even sadder. She began to haunt other mothers, those with live babies. She would sit close to them and try to grab those babies and hug them, as if to make up for her loss. I was clearly witnessing a mother in deep grief, and I felt great empathy. After all, she had been stuck in an evolutionarily dilemma that all of us, at one time or another, experience. Monkey, apes, humans and all other social animals are born to attach to others because those connections help keep us alive and up the chances of passing on genes. But at the same time, we pay dearly for that advantage when our loved ones leave. Those of us who have lost a spouse, parent, sibling, child or friend, are familiar with that monkey's heart. As described by Elisabeth Kübler-Ross, grief includes anger, denial, bargaining, depression, and eventually acceptance, emotions felt in no special order or sometimes skipped over. But all of them are low moods, often paralyzing moods, and so why would evolution give us this punch in the stomach, especially when death and loss are so common over a lifetime? University of Michigan evolutionary psychiatrist Randolph Nesse has suggested that there might in fact be reasons beyond the usual argument that grief is the price we pay for love. According to his theory, grief itself may have been selected because those feelings can have evolutionary advantages. For example, when someone is lost, we expend energy looking for them, trying to get them back. Under the great duress of grief, people usually protect themselves from further losses, which must be a good thing. We also warn our kin and turn to them for kindness and protection, thereby binding our genes as we come together in mourning. And then we reach out. For some, grief is the first time they have asked for solace or help, and that opens up whole new social networks that might be crucial down the road. Eventually, with acceptance, evolution pushes us to leave the house, maybe look for a replacement, or at least go forward with life. In other words, the roller coaster emotions of grief can actually make a new, sometimes safer, life for the bereaved, a life where genes are protected and passed on in the aftermath of loss. Although that sounds like a reasonable scenario for the evolution of grief, the best intentions of biology don’t, of course, always work out. Jane Goodall reported that after an elderly female chimpanzee named Flo died her young son, Flint, exhibited all the classic signs of human grief, and he eventually wasted away and died. And many people are just as unable to cope with their crippling grief, and they, too, get sick and die of a broken heart. The rest of us swimming through a great loss have to cling to the notion that although evolution has brought us these painful emotions, it has also brought us the means to move on.