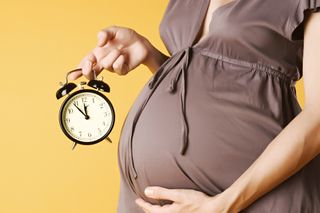 The experience of giving birth can differ from one woman to another, and even for the same woman from one pregnancy to the next. Although there's no way to know how a woman's labor will progress or how long it will last, it's not unusual to be fearful of the process and worried about the pain associated with it.

"We don't really know what mechanisms bring on labor," said Leslie Ludka, a certified nurse midwife and the director of midwifery at Cambridge Health Alliance in Cambridge, Mass. "Science hasn't figured this out yet."

Exactly what triggers labor is unclear, but it probably begins when certain hormones are produced by the fetus, experts suspect. However there are several old wives' tales and cultural beliefs about what might get labor started. Some of these labor-induction methods may actually work, while others are ineffective.

However, two techniques that may get the process started are having sex and stimulating the nipples, Ludka told Live Science.

Having sex might not be comfortable at this point in pregnancy, but sperm has prostaglandins, a hormone-like compound that can soften up the cervix and get labor underway, Ludka explained.

She also said that stimulating the nipple by hand can help bring on labor for a woman who is at her due date and having a normal healthy pregnancy. This method may help release oxytocin, a hormone that can cause uterine contractions.

A woman can try nipple stimuation by rolling one nipple between her fingers until a contraction occurs, Ludka advised. Once the contraction takes place, she should stop rolling and wait a full 5 minutes before doing it again. This method can be done for up to an hour or two. Ludka recommended that women never roll both nipples at the same time because this can create too many uterine contractions or ones that are too strong.

One sign that labor may be approaching in a matter of days is when some women experience a "nesting" instinct. Although tired at this late stage of pregnancy, some women may feel a sudden burst of energy, and the desire to cook, clean, and get the house organized before the baby arrives.

A 2013 study by Canadian researchers found that nesting behaviors peak during a woman's third trimester of pregnancy. Similar to its role in the animal kingdom of preparing a safe environment for the new arrival, nesting in women may also serve a protective function and promote bonding between the mother and baby.

The body can give off other clues that a woman might be going into labor. Below Ludka discusses six common signs to look for when the baby might be on its way.

Anywhere from a few hours to a few weeks before labor begins in first-time pregnancies, a woman may look and feel as though the baby has dropped into a lower position in her pelvis. Known as "lightening," this means the baby is getting into a head-down position in preparation for birth. (In women who have previously given birth, lightening may not occur until right before labor begins.)

When the baby settles into a lower position, this eases pressure on a woman's diaphragm making it easier for her to breathe. But it also puts more pressure on her pelvis and bladder, resulting in frequent bathroom visits. In addition, a woman's belly may appear lower and more protruding, and she may walk with a waddle.

A woman's uterus contracts her entire pregnancy, Ludka said. "It's a muscle, and it has to practice for this Olympic event that is going to happen," she explained in describing how the uterus prepares itself for labor.

Near the end of pregnancy, uterine contractions start to move the baby down into a lower position in the birth canal, and ultimately having contractions will help to push the baby out into the world.

True labor involves regular, rhythmic, intense contractions that become closer than five minutes apart for more than an hour or two, Ludka said. The contractions usually start in a woman's back and then come around to the front, she said.

"The abdomen gets hard, hard, hard like a basketball and then it relaxes," Ludka explained. "Real contractions feel like that."

If a pregnant woman is having more than six contractions every hour, and they become stronger and are rhythmic, meaning they occur at regular intervals, then pay attention because the baby is on its way, Ludka said. True labor contractions don't go away even if a woman changes positions, such as moving around or laying down.

Ludka said that people don't often know how to time contractions correctly. It's done by timing from the beginning of one contraction to the start of the next one, including the rest and relaxation time in between them.

False labor contractions, called Braxton Hicks contractions, often occur at irregular time intervals and they do not get closer together over time because they subside, according to The American College of Obstetricians and Gynecologists.

Unlike true labor, false contractions are usually felt in the front of the body in the lower abdomen, are typically weak in strength and may stop when a woman walks, rests or changes her position.

The fetus has been growing and developing in a woman's uterus surrounded by amniotic fluid. When this protective sac of fluid ruptures, some women experience a gush of liquid while for others it's a slow trickle.

This can help a health professional determine whether an expectant woman is leaking urine, which is a common symptom during pregnancy, or amniotic fluid.

Once a woman's water breaks, the baby is no longer surrounded by a protective fluid and could be at risk of developing an infection. This is why doctors and midwives will want to deliver the baby within a day or two of its occurrence.

4. Lower back pain and cramping

During labor, a woman might feel increasing pressure or cramping in her pelvic and rectal areas. She may also feel a dull ache in her lower back.

As labor begins, or several days before it does, a woman may notice an increase in vaginal discharge that's pink, brown or slightly bloody. Called a "bloody show," this discharge is caused by the release of a mucous plug that blocks the cervix (the opening to the uterus) during pregnancy. The mucous plug loosens up as the cervix begins to dilate, or open up, during the first stage of labor.

Some women have frequent loose stools at the beginning of labor or they may start vomiting for reasons that aren't clear, Ludka said. It's also not known which came first, for example, whether the diarrhea occurred and then labor began, or if labor started and this caused diarrhea, she explained.

Editor's Note: If you'd like more information on this topic, we recommend the following book:

What To Expect When You're Expecting
Amazon
$18.87
View Deal
We check over 130 million products every day for the best prices