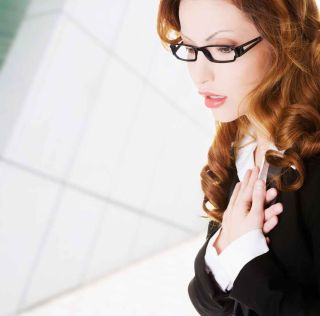 There's a reason nipples are considered one of the most erogenous zones of the human body. These highly sensitive body parts are both easily stimulated and easily irritated, and there are many reasons a person might find his or her nipples hurting from time to time.

One of the most common (and easily cured) causes of nipple pain is wearing tight or ill-fitting undergarments and clothing. But nipple pain is also a problem for women who are pregnant or breastfeeding. In addition, sore nipples can be caused by infection, certain kinds of breast cancer and other conditions.

Women who are pregnant may experience sore nipples because their changing bodies are producing more estrogen, which facilitates the growth of breasts and the eventual production of milk. Estrogen increases the amount of blood circulating through the body, and when combined with progesterone and other hormones, it can cause nipples to become sore, discolored and ultrasensitive. [Why Do Men Have Nipples?]

Breastfeeding women are also prone to nipple pain. As a newborn baby learns to latch onto his or her mother's breasts, the mother's nipples and areolar tissue stretch, causing tenderness of the nipples. Additionally, some women experience chaffing, bleeding or cracked nipples when breastfeeding. Most of these issues result from incorrect positioning of the baby on the breast and can be helped by speaking with a lactation consultant or other expert about how to correctly position a baby while nursing.

For those who are not nursing or pregnant (as well as for those who are), nipple pain may also be a sign of infection. Most breast infections — also known as mastitis — are caused by bacteria that enter the skin through a break or crack in the nipple tissue. Once infected, the tissue of the breast and nipple can become itchy and painful to the touch. Medical treatment may be necessary if the nipple or breast becomes noticeably swollen or red, or feels abnormally warm.

Nipple pain can also be caused by certain skin conditions, such as eczema or dermatitis. These conditions can result in itchy, flaky skin that may be painful if left untreated. Fibromyalgia, a disorder that causes muscles and tissues to become tender or sore, can also result in nipple pain.

In some cases, soreness of the nipples may be caused by a rare type of breast cancer known as Paget's disease. This cancer, which can affect both men and women, involves the skin of the nipple and, in some cases, the areola. The early symptoms of Paget's disease are similar to those of benign skin conditions and include itchy, flaky or red skin on the nipple or areola. The nipple itself may become flattened or produce a yellow or bloody discharge.