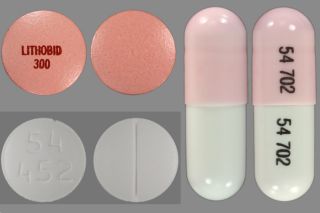 Lithium is used in medications prescribed for people with bipolar disorder, a mental illness that causes episodes of depression, mania and other abnormal moods. Lithium medications are used to treat and possibly prevent episodes of mania, which is described as a “frenzied, abnormally excited mood,” according to the National Institutes of Health (NIH).

Lithium, in a class of drugs called antimanic agents, works by decreasing abnormal activity in the brain. Doctors hypothesize that it stabilizes the membranes of nerve cells in the brain.

Cell membranes influence the release of neurotransmitters, chemical signals that allow nerve cells to communicate with one another, said Dr. Katherine Brownlowe, a psychiatrist with a specialty in neuropsychiatry at The Ohio State University Wexner Medical Center, in Columbus, Ohio.

"If the cell surface is more excitable, it's going to release neurotransmitters more quickly or in a less organized way," Brownlowe said.

Lithium's exact mechanisms are unknown, but experts think that it helps to stabilize cell membranes, making them less reactive and more organized, she said.

Lithium medications are often prescribed as a long-term treatment, not to be stopped when the patient feels better. They are also sometimes prescribed for blood disorders, depression, schizophrenia, impulse control disorders, certain mental illnesses in children and schizoaffective disorder, a condition that is a combination of schizophrenia and mood disorder.

Lithium helps to prevent suicide in people with affective disorder, depression, major depression and mood disorder, according to a 2007 review of eight studies published in the Journal of Clinical Psychiatry. It can also treat severe cases of depression in people with bipolar disorder, Brownlowe said.

Various compounds of lithium, the third element on the Periodic Table of Elements, are used in the medications. The most commonly prescribed is lithium carbonate, which is sold under various brand names, including Eskalith CR and Lithobid. Lithium citrate is also prescribed as a mood stabilizer. The soft drink 7Up was originally called "Bib-Label Lithiated Lemon-Lime Soda" because it contained lithium citrate.

Lithium orotate is a dietary supplement touted as a natural treatment for mental health problems. It is sometimes promoted as an alternative to lithium and its side effects. However, lithium orotate has not been approved by the Food and Drug Administration for the treatment of any medical condition.

The prescribed dose of lithium medications varies from person to person and from phase to phase of illness. Doctors may increase or decrease the dose of medication during treatment, and is important to follow the most current directions. Furthermore, bipolar disorder is sometimes treated with more than one drug, so lithium dosage can depend on the presence of other drugs.

Some people experience nausea or diarrhea when they take lithium, and their doctors may adjust the medication type accordingly.

Lithium medications can help control bipolar symptoms, but will not cure the disorder. It usually takes several weeks for the medications to begin working, and it is important to continue to take them even if the symptoms cease.

Lithium works best if it is kept at a constant level in your body, so doctors may suggest drinking eight to 12 glasses of water per day and maintaining a consistent amount of salt in your food. Both fluid and salt can affect the levels of lithium in the blood, so it is important to consume a consistent amount every day.

"I advise my patients that they need to stay very well hydrated," Brownlowe said. "And I often will say, 'You want your urine to be light yellow.'"

When people taking lithium get dehydrated, their lithium levels increase. "That's when we start to see dangerous signs of toxicity," such as confusion, tremulousness and unsteadiness, Brownlowe said.

People experiencing toxic effects of lithium should go to the hospital and tell emergency room doctors they're taking lithium.

People who should not take lithium

Women who might become pregnant should not take lithium unless they are on an effective birth control plan.

Lithium, if taken while pregnant, is associated with a rare congenital heart defect in children called Ebstein's anomaly.

Lithium should not be taken with certain blood pressure medications, such as hydrochlorothiazide. Nor should it be taken with nonsteroidal anti-inflammatory drugs (NSAIDS) such as ibuprofen, often marketed as Advil, and naproxen, including Aleve. These medications can increase lithium levels in the blood, and should be avoided when people are taking lithium, Brownlowe said.

Lithium medications may cause side effects. Doctors typically want patients to take regular blood tests during lithium use because it can affect kidney or thyroid functioning.

The NIH recommends telling a doctor if any of the following side effects become severe or do not go away:

The following side effects are serious and, if they appear, a doctor should be consulted immediately: