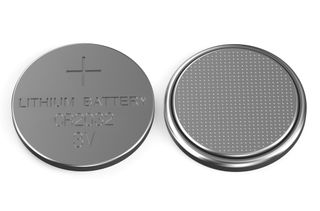 The lightest known metal can also lighten your mood. Lithium, atomic number 3, is an element of many uses. It's used in the manufacture of aircraft and in certain batteries. It's also used in mental health: Lithium carbonate is a common treatment of bipolar disorder, helping to stabilize wild mood swings caused by the illness.

Lithium has a flashy discovery story — literally. A Brazilian naturalist and statesman, Jozé Bonifácio de Andralda e Silva, discovered the mineral petalite (LiAISi4O10) on the Swedish isle Utö in the 1790s, according to the Royal Society of Chemistry (RSC). The mineral is white to gray, but when thrown into fire, it flares bright crimson.

In 1817, Swedish chemist Johan August Arfwedson discovered that petalite contained a previously unknown element. He wasn't able to isolate the metal entirely, but he did isolate one of its salts. The name, lithium, comes from "lithos," the Greek word for "stone."

It took until 1855 for someone to isolate lithium: British chemist Augustus Matthiessen and German chemist Robert Bunsen ran a current through lithium chloride to separate the element.

According to the Jefferson National Linear Accelerator Laboratory, the properties of lithium are:

The brain on lithium

Lithium is a special metal in many ways. It's light and soft — so soft that it can be cut with a kitchen knife and so low in density that it floats on water. It's also solid at a wide range of temperatures, with one of the lowest melting points of all metals and a high boiling point.

Like its fellow alkali metal, sodium, lithium reacts with water in showy form. The combo of Li and H2O forms lithium hydroxide and hydrogen, which typically bursts into red flame.

Lithium makes up a mere 0.0007 percent of the Earth's crust, according to the Jefferson Lab, and it's only found locked up in minerals and salts. Those salts have the power to change the brain: Lithium salts were the first drugs approved by the Food and Drug Administration to treat mania and depression, according to the National Institute of Mental Health.

Today, lithium carbonate is the compound most often sold as a pharmaceutical. No one knows exactly how lithium works to stabilize mood. Studies show multiple effects on the nervous system. In 2008, for example, researchers reported in the journal Cell that lithium interrupts the activity of a receptor for the neurotransmitter dopamine. It also appears to plump up brain volume, according to a 2011 study in the journal Biological Psychiatry (though this research is hotly contested).

In a study with worms, biologists at MIT found that lithium inhibits a key protein in the worms' brain, making neurons linked to an avoidance behavior go dormant. Essentially, the worms stopped avoiding harmful bacteria without that protein. The findings, which would need to be replicated in humans, suggest the element silences certain neurons in the brain and may have a calming effect, the researchers reported in 2016 in the journal Current Biology.

Lithium, as well as the first and second lightest chemical elements (hydrogen and helium, respectively), are the only elements created at the birth of the universe, according to NASA. However, according to the Big Bang Theory, the universe should hold three times as much lithium as can be accounted for in the oldest stars, an issue called the missing lithium problem. This "missing lithium" discovery was first made in the 1980s, said Pasquale Serpico, a cosmologist at the National Center for Scientific Research (CNRS) and the University of Savoy Mont Blanc in France. It created a "tension," Serpico said, between what the Big Bang data and the observations of stars were telling researchers about lithium's abundance.

Astrophysicists continue to conduct research to find this "missing" lithium or to explain why it's missing. In fact, researchers recently found a giant star holding 3,000 times more lithium than normal "giants," they reported in August 2018 in the journal Nature Astronomy. They came up with two possible explanations: the giant star swallowed its planet, absorbing the onboard lithium; the lithium also may have formed inside the star, reaching its surface before the heat of the deep layers vaporized it, according to a statement on the finding.

This article was updated on Oct. 23, 2018 by Live Science Managing Editor, Jeanna Bryner.