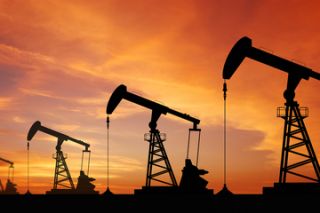 Mindy Lubber is president of Ceres, a non-profit organization that leads a national coalition of investors, environmental organizations and other public interest groups working with companies to address sustainability challenges. Lubber also directs the Investor Network on Climate Risk, which manages $10 trillion in assets focused on climate-change business risks and opportunities. This article is adapted from an article for the Skoll World Forum. The author contributed this article to LiveScience's Expert Voices: Op-Ed & Insights.

American corporations are no less busy when it comes to combating climate change. But in addition to internal strategies to curb energy use and climate-warming pollution, many are realizing they need to put pressure on state legislatures and members of Congress.

Earlier this year, Ceres and its BICEP (Business for Innovative Climate & Energy Policy) network released a statement from 33 leading U.S. businesses urging support for strong U.S. climate policies. Never mind that the nation has just completed an election cycle in which neither candidate would utter the words "climate change," — these companies stood up and signed the Climate Declaration, stating, "Tackling climate change is one of the greatest American economic opportunities of the 21st century."

Nearly 700 other companies have since joined them, including in just the past few days, Microsoft, Owens Corning and apparel giant VF Corporation, which owns visible brands like Wrangler and Lee.

Why? The very same policies that can move the needle on climate change — sourcing cleaner energy, using it more efficiently, and even pricing carbon — are quickly becoming the hallmarks of good management in boardrooms across America. A recent report by Ceres, WWF and Calvert Investments found that 60 percent of the combined Fortune 100 and Global 100 companies have already set renewable energy goals, greenhouse gas reduction goals, or both.

And when businesses lobby for better energy and climate practices, they can reach their goals faster, protect their communities and — in some cases — capitalize on creating climate solutions.

Take eBay, Inc. as an example. The company has long been eager to expand its presence in Utah, but was concerned about running its facilities there with clean energy. Rather than being deterred by the challenge, the company rolled up its sleeves to find solutions. One such solution was working with state lawmakers to get a state law passed last year allowing companies to buy and transmit clean power directly from energy producers. In the wake of the new legislation, the company just announced a five-megawatt waste-heat recovery project with Ormat (a Nevada-based geothermal power company) that will allow the company to use more clean power in Utah. It also opened a new data center near Salt Lake City, the world's first data center to use Bloom fuel cells as the primary, on-site power source.

Microsoft is another good example. Not only is the software giant an EPA-recognized leader in renewable energy purchasing, but its engineers are also developing algorithms to shift data-center computations to times of the day when the share of renewable energy on the grid is highest, such as when wind velocities pick up. Microsoft also has adopted an internal fee on carbon, which should serve as a sign to legislators about business' willingness to account for external costs.

Forward-thinking climate policies can only further improve the business case for companies like Microsoft. The software giant recognizes that involving itself with groups that actively fight renewable-energy policies is counterproductive to reaching its renewable energy goals. The company, in fact, is changing its relationship with groups like the American Legislative Exchange Council (ALEC), which has tried unsuccessfully to roll back state renewable energy standards this year.

Instead, Microsoft has joined other leading companies like General Motors, Nike and Intel in signing the Climate Declaration. Together, they form a cohort that is action-oriented and growing. Another signatory, real estate firm Jones Lange LaSalle, is calling for other Chicago-area businesses to join, noting that its energy-efficient practices have saved its clients $100 million in annual energy costs.

Here in New York, it's easy to see that corporations are ready to make the changes necessary to compete in a low-carbon economy. The corporate leaders who have signed the Climate Declaration are living proof that there is a business case for action, but they also recognize that the United States won't get there without breaking the policy stalemate in Washington.

President Barack Obama has proposed a worthy plan for climate action, and hundreds of companies have pledged support. It's time that Congress join the fight — or their constituents will wonder why they alone chose to stand in the way of a major American economic opportunity.

This article is adapted from "Why Microsoft, eBay (And 650 Other Businesses) Are Calling for U.S. Climate Action" on the Skoll World Forum on Social Entrepreneurship, a premier international platform for accelerating entrepreneurial approaches and innovative solutions to the world's most pressing social issues. The views expressed are those of the author and do not necessarily reflect the views of the publisher. This version of the article was originally published on LiveScience.