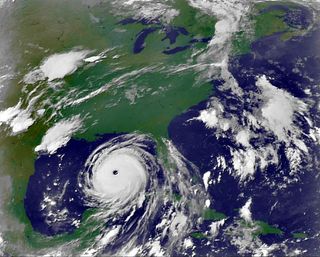 The busiest hurricane season on record brought the most intense Atlantic storm ever recorded and ran several days beyond its official Nov. 30 end, while scientists provided the first solid evidence that global warming might be fueling more powerful storms. These were all big stories in and of themselves, yet none will stick with us like the memory of Katrina, the most destructive storm ever to strike the United States and a long-predicted nightmare for resident of New Orleans. Nature's wrath forced scientists and officials to assess preparedness for other dramatic natural threats the country could face.

Just days after the official close of the busiest Atlantic hurricane season on record and with one hurricane still churning in the Atlantic, the first 2006 forecast is out already. To the surprise of no one it predicts an active season.

There's some modestly good news, however.

"We foresee another very active Atlantic basin tropical cyclone season in 2006," states a report from a team including long-time forecasting guru William Gray of Colorado State University. "However, we do not expect to see as many landfalling major hurricanes in the United States as we have experienced in 2004 and 2005."

This year, which was supposed to end Nov. 30, brought a record four major hurricanes ashore in the United States. Today, Hurricane Epsilon was still active in the Atlantic, though it does not threaten land.

Gray has been gazing into the crystal ball since 1984 to divine future hurricane activity with remarkable accuracy. In today's statement, he said he is letting colleague Philip Klotzbach take over the lead roll in the prognostications.

Though these statistical predictions cannot portend when any of the storms will form or where they will go, Klotzbach, Gray and colleagues calculate an 81 percent chance that at least one major hurricane will hit the U.S. coast in 2006.

The current series of busy seasons is part of a long-term cycle that climatologists had predicted years ago. The Atlantic is in its 11th year of heightened activity. It is expected to "continue for the the next decade or perhaps longer," said officials with the National Weather Service last week.

In today's statement, presented as part of a scientific paper, the lead author was for the first time Klotzbach, with Gray listed second.

"After 22 years of making these forecasts, it is appropriate that I step back and have Phil Klotzbach assume the primary responsibility for our project’s seasonal, monthly and landfall probability forecasts," Gray said.

Gray plans to stay involved while also pursuing other work.

"Phil is now devoting more time to the improvement of these forecasts than I am," he said. "I am now giving more of my efforts to the global warming issue and in synthesizing my projects’ many years of hurricane and typhoon studies."

The hurricane predictions are based on computer models, historical storms, and data on global sea-surface temperatures, atmospheric conditions and other factors. In recent years, the method has been adopted and adapted by NOAA's National Hurricane Center, which makes its own long-term forecasts.

The forecast by Klotzbach's team will be revised April 4 and again May 31, prior to the start of the 2006 Atlantic hurricane season on June 1.