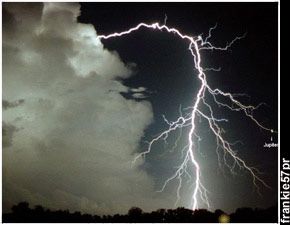 Schemes to Control the Weather Clouded by Fail

Scientists agree they can't totally control the weather. But some experts think they can tame it a bit.

Schemes are wide-ranging, with proposals to throttle everything from fog to global warming. Results have been mixed and the controversy constant.

Nature's most powerful storms, hurricanes, are another matter. Hurricanes rely on warm water for fuel. Experts disavow schemes from ocean plowing (to cool the water and remove the energy source) to dragging icebergs into the path of a storm.

Smaller-scale weather systems might be more open to change.

One idea floated a few years back was to beam microwave energy from a satellite to disrupt the convection that drives a tornado. Another idea that remains alive after decades of research is cloud-seeding to increase or decrease rain, fog or hail in certain locations.

Give it a try

Despite a lack of firm evidence that the efforts work, states such as California, Utah, Colorado, and Nevada have recently spent money on cloud seeding to increase precipitation or reduce hail or fog.

Cloud seeding puts chemicals, usually silver iodide, into clouds to condense their moisture into ice, which falls down as snow or rain. The chemicals are either fired up from the ground or dropped from aircraft.

Some research shows that cloud seeding works best on clouds that form as moist air cools when it moves across mountain ranges. These are called orographic clouds and mainly form in the winter. It's trickier with the billowy cumulus clouds that are the main source of rainfall in all seasons.

Federal officials were enthusiastic about cloud seeding research in the 1960s and '70s.

Joanne Simpson, a UCLA professor who later worked for the National Weather Bureau (which became NOAA), was the first person to develop a computer model for cloud behavior. She went on to investigate cloud seeding to test her models and to try to reduce the strength of hurricanes. Though she had successes, the overall results were inconclusive and the projects fizzled.

Get used to it

A 2003 report published by the National Research Council (NRC) put a damper on the idea of weather modification, saying there was no convincing scientific proof that cloud seeding works.

(A far-out scheme to slow global warming has also been proposed. It involves ringing Earth with tiny satellites to shade the planet.)

The WMA also favors more efforts to seed and thus clear fog by injecting it with dry ice, liquid nitrogen, liquid propane or silver iodide, especially to clear airport runways for take-offs and landings. This works better with cool fog than with warm fog, research suggests.

Efforts to reduce the size of hailstones are progressing too, according to the WMA. Adding silver iodide smoke into storms appears to limit the growth of hailstones.

But many scientists think research dollars are better spent on improved storm preparation and reaction plans.

"My research is grounded in the practical application of science and logic, which tells me it is far better to work with nature rather than trying to control or to change her," Clemson University civil engineer David Prevatt told LiveScience.

Extreme weather is inevitable, Prevatt says, and our best bet is to use science and engineering to study extreme winds and floods, to predict the consequences, and to focus on more weather-resistant buildings and levees and smart development policy.