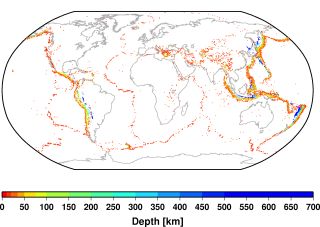 The greatest risk of dying during an earthquake comes from collapsing structures and flying debris. Thanks to Japan's stringent seismic building codes, during the 2011 magnitude-9.0 Tohoku earthquake, fewer than 600 people were crushed by falling rubble, according to Japan's National Police Agency. More than 90 percent of the country's deaths were from drowning during the ensuing tsunami.

But in China, where seismic building codes are often flouted, the magnitude-8.0 Wenchuan earthquake in 2008 killed more than 69,000 people. In 2010, an even smaller quake, a magnitude-7.0, killed more than 220,000 people in Haiti. [Looking Back: Images from the Haiti Earthquake]

Earthquake forecasting for all

GEM can't predict when or where an earthquake will hit. Instead, the GEM community would create a series of databases and open source software so that anyone could identify areas at risk from future earthquakes and shaking damage. If GEM succeeds, for the first time, the world will have a pooled earthquake resource accessible to all.

GEM's massive ambitions include a database of the fragility of every building on Earth, a global earthquake catalog for the past 1,000 years, and a map of every known active fault. Add those up and out pops a rough estimate of dangerous areas to live.

The unified databases could help scientists answer big questions about how earthquakes behave, Stein and his colleagues believe. For example, the risk of large quakes in both Tokyo and Santiago de Chile may have increased by a factor of two since big earthquakes struck nearby in 2011 and 2010, respectively, according to a Perspective published today (Aug. 22) in the journal Science by Stein and co-author Shinji Toda. But because different countries track earthquakes with different approaches, comparing quake data sets has been a Sisyphean affair.

"The global data set is perhaps the biggest gift we can give the community," Stein told LiveScience's OurAmazingPlanet. "In my field of science, data trumps everything."

Teach the world about risk

"Free" and "open source" make GEM stand out in the field of earthquake risk, which is often proprietary to academics and insurance companies. However, even thoughthe software, called OpenQuake, costs nothing for users, a major hurdle for GEM is figuring out how to pay for training the legions of scientists and engineers who plan to use OpenQuake.

"In countries such as Haiti, local scientists have the expertise but lack the funding for training," said Louise Comfort, a public policy expert at the University of Pittsburgh and a member of GEM's advisory board. "One of the major benefits of GEM is that it's an open source platform, but international assistance agencies like USAid will often contribute money for equipment but not for training." [Photos: This Millennium's Most Destructive Earthquakes]

The focus on equipment over training has left an unsavory legacy in developing countries. Western earthquake experts have a long history of persuading countries to buy expensive, proprietary software and equipment, then leaving with little to no follow-up.

"I've been in this field for 25 years, and I'm sorry to say I've seen this happen far too many times," said Comfort, who analyzes the effects of earthquake disasters on countries. "I have seen local experts left with a set of software they don't know how to operate and it sits on closet shelves," she said.

Stein said GEM is struggling with finding the funding for training. "It's a sophisticated piece of software, it's 20,000 lines of code, and not yet particularly user-friendly, either," Stein said. OpenQuake doesn't even have a graphical user interface (GUI) yet (the little icons people click on to launch software). But as an open source project, all tinkerers and hackers are welcome, and OpenQuake is already getting input and advice from coders around the world, Stein said.

Launched in 2009, GEM is a public-private partnership headquartered in Pavia, Italy. Though Stein's government job prevents him from fundraising for projects outside the U.S. Geological Survey, Stein globetrots for GEM, weaving together the international partnerships needed for its success.

The group has already met several of its milestones, such as unveiling the earthquake catalog earlier this year. GEM plans to launch OpenQuake in November 2014. [Watch 1,000 years of earthquakes]

GEM's goals include calculating both global seismic hazard, which is the probability of future earthquakes in a given period, and seismic risk, the deaths and economic impact. The group hopes the information will help countries decide how to invest in preventing earthquake losses.

One early GEM success was in Ecuador, Stein said. Ecuador created the country's first seismic hazard model with the help of GEM and GeoHazards International, a nonprofit based in Menlo Park. As a result, Ecuador enacted its first seismic building code in 2011. But Ecuador had to withdraw from GEM, because it couldn't afford the $20,000 membership fee. (Countries and companies pay on a sliding scale.)

But critics say that even GEM's big picture view won't overcome the current problems with earthquake forecasting. Anticipating the location and size of future earthquakes is still an inexact science. Despite Japan's deep investment in understanding its earthquake hazard, the location and enormous size of its great 2011 earthquake took the country by surprise. And few other countries can match Japan's long written and geologic history of earthquakes, or good monitoring network for current temblors. [In Photos: Japan Earthquake & Tsunami]

Stein said GEM modelers recognize the flaws in their historic earthquake catalog, but he thinks a good way to overcome any lack of historical records is to look at the problem globally.

Bilham is also concerned that the beneficiaries of GEM will be the financial backers, such as governments and insurance companies.

"There is a disconnect between the products of GEM and those that will die in the developing nations in the next many decades," Bilham said. And even if developing countries improve their building codes based on better understanding of future earthquake risk, Bilham points out that corruption or lack of funds means those building codes may be ignored.

It won't be long before an earthquake kills 1 million people, experts predict. Megacities are sprawling along major fault lines around the world, often with no thought to earthquake-safe construction. But the deaths can be prevented. In the United States, Chile and Japan, building codes let earthquakes up to magnitude-7 roll through with relatively little damage. Mexico and Japan have earthquake early warning systems.

"The earthquakes aren't going to go away, but it is possible to build metropolitan regions that are far more resilient to earthquakes," Comfort said. "I think GEM is contributing to a global recognition of risk, and one of the things I think is really true is that we've got to recognize the risk to which we're exposed before we change the way we build our cities."