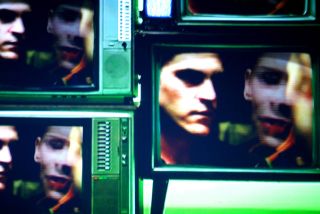 Photo taken by Sacha Leclair. There are no usage restrictions for this photo

The best strategy for advertisers trying to reach skeptical consumers: Leave the facts out.

But don't try to get cozy with the cynics.

The other four were more factual. An ad for dishwashing liquid showed how effectively the product removed baked-on foods.

Surprisingly, said the researchers, subjects who described themselves highly skeptical of all ads were persuaded less by informational ads than they were by emotional ads.

On the flip side, those who were less skeptical were more responsive to the info-based ads.

"Skepticism leads to less attention to and reliance on advertising, and generally a decreased chance that the consumer will purchase the advertised product," said University of Washington researcher Doug MacLachlan.

Advertisers have already figured all this out, MacLachlan and his colleagus say.

"Advertisers have developed strategies for approaching these skeptical consumers, including using emotional appeals, whose success does not require acceptance of informational claims," he said.

The skeptical bunch is more likely to zip past ads on recorded programs or switch channels during commercials, the study found.

They react differently from another group, called the cynics.

"The advertising skeptic regards advertising as not credible, and therefore, not worth processing," said MacLachlan. "A cynical consumer is critical of advertising because of its manipulative intent and indirect appeals. Such consumers may prefer simple, direct, informative advertising."

Details of the study will be published in the fall issue of the Journal of Advertising.