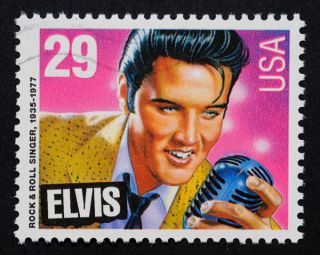 The researchers studied the lives of 1,489 North American and European rock stars from the past 50 years, from Elvis Presley, who  soared to fame in the 1950s, to members of the band Arctic Monkeys, who became famous in 2006. Survival rates among rock stars were compared with those in the general population.

Rock stars, regardless of whether they were solo artists or members of a band, died earlier than would be expected based on their age, gender and ethnicity, the researchers found. [See Can You Die From Alcohol Withdrawal?]

The reason for this disparity is not known. It could be related to the level of fame solo artists achieve compared with band members. It's also possible that the built-in peer support band members provide serves helps protect against early death, but future studies are needed to address this question, the researchers said.

Substance abuse among rock stars, which can lead to an early death, is often associated with the culture of fame. But the researchers found evidence that adverse events in childhood, such as physical abuse or a broken home, could play a role.

Adverse events in childhood are known to be a risk factor for substance abuse later in life, the researchers said. About half of musical artists who died as a result of drugs, alcohol or violence had experienced at least one adverse childhood event.

"Fame inevitably increases opportunities to indulge in risky behaviors, but recognition that substance abuse and other risk taking, even by music icons, may be rooted in [adverse childhood events] is missing from public perception," the researchers wrote in the Dec. 19 issue of the journal BMJ Open.

Pass it on: Rock stars with solo careers are more likely to die young than those who perform in a band.