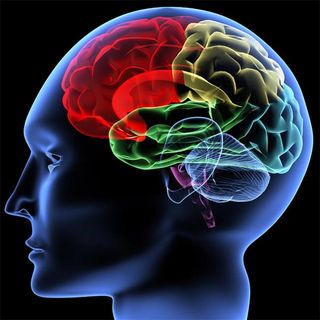 The reductions were seen in regions of the brain involved in attention, decision-making and control of emotions and impulses.

Children in the study had not been formally diagnosed with any psychiatric disorder, and the findings suggest child abuse puts children at risk for behavioral and mood disorders, even if the problems do not rise to the level of a psychiatric diagnosis.

"Here we have teenagers who may not have a diagnosable illness, but still have physical evidence of maltreatment," study researcher Hilary Blumberg, associate professor at the Yale Child Study Center, said in a statement. "This could help to explain their trouble with school performance or increase their vulnerability to depression and behavioral difficulties."

The findings highlight the need to prevent childhood maltreatment and to identify problems in those who have been exposed to abuse, the researchers said. Interventions early in life may help reduce a child's risk of mental and behavioral problems.

The study was published in the December issue of the journal Archives of Pediatrics & Adolescent Medicine.

Blumberg and colleagues reviewed information from 42 adolescents ages 12 to 17, some of whom had been identified as being at high risk for child maltreatment.

Thirty-six of participants reported some form of childhood abuse or neglect.

There was a correlation between the children's survey responses and how much gray matter they had in certain brain regions, including the prefrontal cortex, which is responsible for "higher-thinking" tasks, such as planning and decision-making.

Reports of physical abuse, physical neglect and emotional neglect were all associated with reductions in gray-matter volume, the researchers said.

More research is needed to better understand the effects of childhood maltreatment on the brain and whether different types of abuse affect the brain in different ways.

In an accompanying editorial, Philip Fisher and Jennifer Pfeifer, both of the University of Oregon, Eugene, wrote that more research is needed.

"Research in these areas has great potential to address the needs for more effective prevention and treatment programs for individuals with specific [childhood maltreatment] subtypes," they wrote.

Pass it on: Childhood abuse is linked to a reduction in the brain's gray matter.