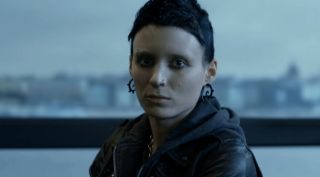 With her punk-rock hair and inked skin, the protagonist of "The Girl with the Dragon Tattoo," Lisbeth Salander, cuts a memorable pop-culture figure. Portrayed in the 2009 Swedish film adaption by Noomi Rapace and in a 2011 American movie version by Rooney Mara, there's no doubt Salander strikes a chord in her role as deeply troubled computer genius and abuse victim. But is Salander — and the book series she inhabits — good for women?

America may not see a movie sequel to the thriller "The Girl with the Dragon Tattoo" until 2014, according to Hollywood rumor, but sociologists were on hand to discuss the question in August at the annual meeting of the American Sociological Association in Denver. They've also explored the question in book form, penning a new series of essays titled, "Men Who Hate Women and Women Who Kick Their A****" (Vanderbilt University Press, 2012).

LiveScience caught up with sociologist Abby Ferber, from the University of Colorado at Colorado Springs, whose mixed reaction to the late Stieg Larsson's Millennium Trilogy is the subject of one of these essays. Ferber shared her thoughts on strong female protagonists, violence against women, and why pop culture matters.

LiveScience: Why is it important to analyze popular books and movies like "The Girl with the Dragon Tattoo" and the rest of the Millennium Trilogy?

Ferber: They are so widely read. They have such an impact on people. We're immersed in our culture all day long, every day, whether it's books or TV or movies or billboards or magazines. It often shapes the way we see things very subtly.

There's that old famous quote, "I don't know who discovered water, but it certainly wasn't a fish." It's the whole idea that we need to examine the culture around us, because it's what we live in and we take it so for granted.

LiveScience:You've talked about having mixed reactions to reading the Millennium books. What sort of response did you have?

Ferber: I really enjoyed the books in many ways — obviously, even after I finished the first one, I read the next two. I enjoyed them for the same reason a lot of women did, because there are so many strong women characters, and it's not often that you have a strong heroine as the central protagonist in this type of book in this genre. And it's also a fascinating story.

But at the same time, the really graphic depictions of violence against women were what I found disturbing. I don't feel like I have a clear answer regarding whether it is right or wrong, I just wanted to describe that ambivalence that I think is a common experience for women living in this culture where we're surrounded by descriptions of violence against women. [The History of Human Aggression]

In some ways, it's also a strength of the novel in that it really does make people realize the extent of the violence that some women face and the terror that some women live with in their lives. It's a catch-22 in some ways. It's disturbing, but it is reality he's depicting.

LiveScience: At which point does a depiction cross the line between raising awareness and being more voyeuristic?

Ferber: I don't know the answer to that, though my gut feeling was that it did cross that line.

I think reading these depictions can be traumatic for women who have experienced violence or sexual assault, and I think it still serves as a means of social control because even women who have not experienced any violence or coercion in their lives know that it is a possibility. Women live with that fear when they walk in dark areas or walk alone at night, and I think that even reading these kinds of descriptions reinforces that fear.

LiveScience: There has been a lot of talk about feminism in the books. Is Lisbeth Salander a feminist, and are the books feminist?

Ferber: I'd say there are feminist aspects. One thing that needs to be emphasized is that there's not one definition of feminism. People have a lot of varying views of what feminism is and isn't, and there are a lot of different schools of theory and people who really disagree about a lot of issues. [Top 12 Warrior Women in History]

There are aspects of feminism in the books to the extent that there's clearly an effort being made to educate people about the extent of violence against women in a way you rarely find in novels. I was really pleasantly surprised by the fact that the author provided statistics in the beginning of the chapters of the first book. That sends the message that this is something the author wants the reader to understand.

A lot of the women characters in the book might be described as strong women in positions of power who seem to take control over their lives and their relationships.

LiveScience: Why do you think these books have become so popular?

Ferber: I would imagine that for women readers they're popular because they have this woman protagonist, this woman heroine who fights back. It's like having a super-heroine. You rarely have women in popular culture in that role. I think women are really craving more of that. [10 Female Superheroes Who Need Movies]

LiveScience: Do you think female heroines are becoming more common with movies like Disney/Pixar's "Brave" and such featuring those sorts of characters?

Ferber: I think it's becoming slightly more common that we see women in these starring roles, as the central heroine that stories are built around. The extent to which they're really promoting a feminist version of women, an empowered depiction of women, I think is questionable. I think the fact that still when you see a female character like in the movie "Brave," and it gets so much attention that it's a female character who is not a typical, passive princess, I think that tells us how rare that still is. That in 2012 we're finally starting to see a change. I think it's a little disturbing that this is the first one. I wonder whether more will follow.

The last thing I want to add, I think another real difference between the Millennium Trilogy and a lot of the other prominent roles we see women in, is that idea of post-feminism. I think the Millennium Trilogy really emphasized that there is still a need for feminism in the world whereas a lot of the time when we see these strong female characters depicted it's in a “post-feminist” world where women are presented as equal to men, however, we don’t live in that world yet. They ignore the social structure and the culture we still live in, one where women still face tremendous inequality, and the ever-present threat of violence. The Millennium Trilogy does an excellent job at depicting that reality, maybe too good.