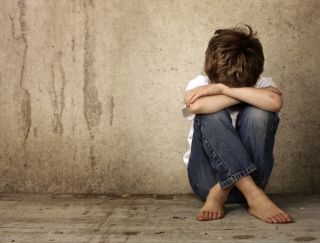 Children exposed to multiple instances of violence age faster on a cellular level than children without violent experiences, a new study finds.

Although childhood stress has long been linked with later disease risk and health problems, the study is the first to show accelerated biological aging in childhood as a result of stress.

"Those kids are 'older' than they are supposed to be," said study leader Idan Shalev, a postdoctoral researcher at Duke University. If the cellular aging isn't reversed, Shalev told LiveScience, the children would likely be at risk for premature death.

To gauge biological aging, Shalev and his colleagues examined a portion of DNA called telomeres. These sequences cap the ends of our chromosomes (packets of DNA), but they get shorter with every cell division, acting as a sort of molecular "clock" that signals wear-and-tear on DNA.

Several studies have found that adults who experienced violence as children tend to have shorter telomeres than those with peaceful childhoods. But those studies couldn't determine whether the telomeres had been shortened because of childhood stress or because of later adult health problems stemming from that stress, Shalev said.

To find out which was the case, he and his colleagues began a study that looked not backward, but ahead. Using a sample of 236 children from a British sample born between 1994 and 1995, the researchers took DNA samples by swabbing the children's cheeks and then measured the length of each child's telomeres at age 5 and age 10.

The results of the DNA analysis showed that children in the final group, those who had experienced two or more types of violence, had significantly faster telomere shortening between ages 5 and 10 on average than the other children. The findings held true after controlling for health, body weight, gender and socioeconomic status. [10 Scientific Tips for Raising Happy Kids]

The violence does not necessarily have to affect the child physically, the researchers report today (April 24) in the journal Molecular Psychiatry. Instead, it seems the telomere shortening is a result of cumulative stress. It's not yet clear how stress translates to shorter telomeres, Shalev said, but inflammation, an immune response to stress, may be to blame.

There is some hope that telomere shortening can be halted, Shalev said. A healthy diet, physical activity and even meditation are associated with longer telomeres, he said. The researchers plan to follow up with their study participants, who are now 18.

But the study also highlights the long-term damage that childhood trauma can create, said Elissa Epel, a health psychologist at the University of California, San Francisco, who studies stress and cell aging, who wasn't involved in the current study.

"Now we have some evidence that indeed children's immune-system aging can be adversely affected by severe stress early in childhood, a scar that could last possibly decades later," Epel told LiveScience. "This study underscores the vital importance of reducing violent exposures for children — both serious bullying and abuse in the family."