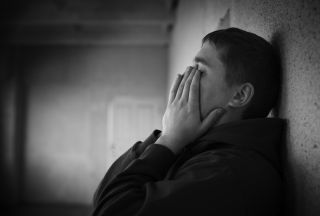 Teenage girls who admit to sexually abusing others are more likely to indulge in victim-blaming and to be preoccupied by sex than their peers who aren’t sexual offenders, a new study finds.

The findings are similar to what is seen in men, researchers report in the December issue of The Journal of Sexual Medicine.

Female sex offenders are less common than male sex offenders, but women who sexually abuse are under-studied, said lead researcher Cecilia Kjellgren of the department of child and adolescent psychiatry at Lund University.

"People have a tendency to neglect the fact of females who sexually offend," Kjellgren told LiveScience. "Young people who have been sexually abused by a female, they don't get the same attention." [6 Gender Myths Busted]

Kjellgren and her colleagues wanted to move beyond the small, clinical samples of female sexual offenders that have been the main source of information about this group. In 2003 and 2004, they surveyed third-year high-school students in cities in Norway and Sweden, gathering anonymous responses from 5,059 young women between the ages of 17 and 20.

The students completed the surveys during school hours, answering questions about alcohol consumption, drug use, sexual behavior, their relationships with their parents and certain attitudes, including their acceptance of gender stereotypes and their belief in "rape myths." Rape myths are common but false beliefs about rape, Kjellgren said, such as "many guys think sex is more exciting if the girl resists his advances," and "a girl who follows a guy home after the first date implies that she is willing to have sex."

Of the 4,363 female students who completed enough of the survey to be included in the study, 0.8 percent admitted to coercing someone into sexual activity. Only the Swedish data allowed a gender-to-gender comparison, Kjellgren said. In the Swedish subset, of the 124 students who said they'd coerced someone sexually, 23 were female and 101 were male.

Among those teens, "females constitute one-fifth of the total of sexually coercive young people," Kjellgren said. That number was higher than seen in studies on sexual abuse incidents reported to the police or social services, she said, where women make up about 1 percent of sex offenders.

"It's really a small tip of the iceberg that is reported to authorities," Kjellgren said.

The researchers compared the characteristics of the sex offender females with those of girls who had nonsexual behavior problems, such as aggressive behavior, to find out whether there were any risk factors specific to sex offenses. Several turned up.

For both young men and women, those who reported more preoccupation with sex and sexual thoughts were more likely to have coerced someone sexually, the researchers found. Another risk factor was acceptance of rape myths — even though those myths typically cast men as aggressors and women as victims. Kjellgren suspects that the victim-blaming inherent in these myths helps justify sexual coercion no matter the genders.

"When you do something wrong, you turn to excuses," she said. "Those rape myths work for you in a sense. They help you find excuses."

"It's easier to tell on the questionnaire when it comes to friends, not to yourself," she said.

Sexual abusers also reported worse parental care, more aggression and alcohol consumption and more sexual partners than teens who didn't show any behavioral issues. They had also been victims of sexual assault themselves more frequently. However, sexually abusive teens did not show higher level of any of these factors than non-sexually abusive but otherwise troubled teenagers, so these risk factors were not specific to sexual abuse.

Kjellgren said that while the studies were on Scandinavian teens, she would expect to see similar results in other countries. Two U.S. surveys in 1996 and 1997 found that 0.8 percent and 1.3 percent of female ninth- and 12th-grade girls had ever forced someone to have sex.

The estimates in this study are likely conservative, Kjellgren said, as about 10 percent of Swedish youth have dropped out of school by the third year of high school. That's a relatively small drop-out rate compared with other nations, she said, but the 10 percent of kids who do drop out — and thus weren't included in this survey — are more likely to be troubled, and are more likely to be both victims and perpetrators of sexual abuse.

"I think this study just encourages us in Sweden and in other parts of the world to do further research on young people who sexually offend," Kjellgren said. "For a few individuals, this can be a starting point for being abusive more than once in life."